Classical KUSC’s Jim Svejda, host of The Evening Program, has talked with four of the composers nominated this year for an Academy Award for best original score.

The fourth interview aired Feb. 20 with Thomas Newman, who discussed the score for Saving Mr. Banks, which brought him his 12th Oscar nomination. It was heard on 91.5 FM in the Los Angeles area and on the Web at kusc.org.

The interview will be available along with the three earlier interviews. 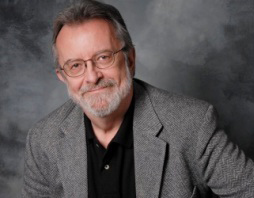 This is at least the 10th year that Svejda has brought Academy Award composers in for extensive interviews prior to the live ABC telecast. The interviews each last 90 minutes, and when originally aired, included excerpts from the scores. (Due to copyright restrictions, the music excerpts are not included in the podcasts.)

Svejda’s first interview this Oscar season was with composer Alexandre Desplat, who has received six Oscar nominations in the past eight years. He is nominated this year for Philomena. Previous nominations were for The Curious Case of Benjamin Button, The Queen, Fantastic Mr. Fox, The King’s Speech and Argo. Desplat talked about returning to an English setting for this film — a setting that has proved musically fertile for him in the past.

The second interview was with John Williams, who is nominated for the 49th time for his score to The Book Thief. Williams has previously won for Schindler’s List, E.T., Star Wars, Jaws and Fiddler on the Roof. Williams spoke about the nonimportance of piano in his score and revealed why he might have turned down composing Star Wars in 1977 if he knew then what he knows now.

Earlier this week, Svejda spoke with Steven Price, a first-time nominee for his score for Gravity. Price talked about his decision to compose psychologically to match the approach of director Alfonso Cuarón and his choice to work without two standards of modern film scoring: percussion and the temp track.

The fifth nominated score for Her, by the rock band Arcade Fire, is not classical music and was not included in this year’s interviews.

Score one for the KUSC host