Four faculty members at USC have been selected as research fellows for 2014 by the Alfred P. Sloan Foundation.

This year’s fellows are Christoph Haselwandter and Dion Dickman of the USC Dornsife College of Letters, Arts and Sciences, Jernej Barbič of the USC Viterbi School of Engineering and Jennifer Garrison, who has joint appointments with the USC Davis School of Gerontology and the Buck Institute for Research on Aging.

These faculty are among 126 researchers from the United States and Canada who will receive the two-year, $50,000 fellowship award, which supports promising young scientists.

Every year, the award committees review more than 700 nominations, seeking researchers with demonstrated accomplishments, creativity and the potential to become leaders in the scientific community through their contributions to their field, according to the foundation’s website. So far, 42 fellows have gone on to win the Nobel Prize and 63 have received the National Medal of Science. 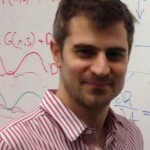 “This is a great honor and recognition of our research program at the interface of physics and biology,” said Haselwandter, assistant professor of physics and astronomy at USC Dornsife. Haselwandter, who started at USC in 2012, is leading a lab focusing on the nascent field of theoretical biological physics, which provides a fresh take on a subject with deep historic roots.

“We are living through a revolution in molecular biology,” he said. “Recent advances in quantitative biology now allow the kind of interplay between quantitative experiments and theoretical predictions we are familiar with from physics.”

His current line of research focuses on cell membranes and the channels by which materials can pass through them. 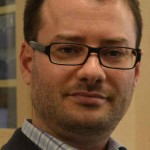 Dickman, a neuroscientist studying synapse development, said he plans to use the award to develop new approaches to visualize synaptic activity and plasticity. The honor comes at a particularly important moment in his career.

“This recognition comes at a critical time as I establish my nascent research program, and I am fortunate to have the support of an outstanding group of researchers in my lab and colleagues throughout USC,” he said. “I’m looking forward to beginning these studies and would like to thank the Alfred P. Sloan Foundation for this opportunity.”

Barbič, an assistant professor of computer science, was previously recognized as a promising young researcher by the MIT Technology Review as one of the “35 Innovators Under 35” in 2011 and with a Viterbi Early Career Chair. His work focuses on computer graphics, animation, interactive physics, haptics, sound and control. 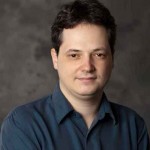 “Receiving this fellowship is a great honor. It will greatly help my research efforts. I thank Alfred P. Sloan, his family and General Motors for their philanthropic vision in making our scientific dreams a reality,” Barbič said.

Garrison researches neuropeptides — molecules that neurons use to transmit messages to one another. Specifically, she said she plans to focus on the impact of neuropeptides on aging.

“We think that alterations in neuropeptide signaling may underlie some of the changes that we see in the brain as an animal ages,” she said, adding that the fellowship will help her develop the technology to continue her research. 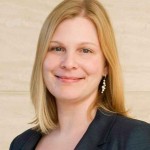 The Sloan Foundation was founded in 1934 by Alfred P. Sloan Jr., then-president and CEO of General Motors, with the goal of making grants to support research and education related to science, technology and economic performance, in addition to improving the quality of American life, according to the foundation’s website.

The fellowship is the oldest of the grant programs it administers — having started in 1955 — but the scientists it reaches are among the youngest that the foundation helps.

“For more than half a century, the Sloan Foundation has been proud to honor the best young scientific minds and support them through a crucial phase of their careers when early funding and recognition can really make a difference,” said Paul Jankow, president of the foundation. “These researchers are pushing the boundaries of scientific knowledge in unprecedented ways.”

Showcasing the role of food in the lives of Mexican and Mexican American grandmothers in L.A.

The California Institute for Regenerative Medicine awards $5.8 million to researchers in the Jane Ann Nohl Division of Hematology at the Keck School of Medicine of USC.