Seeking a solution to decoherence — the “noise” that prevents quantum processors from functioning properly — scientists at USC have developed a strategy of linking quantum bits together into voting blocks, a strategy that significantly boosts their accuracy.

In a paper published on Feb. 6 in Nature Communications, the team found that its method results in at least a fivefold increase in the probability of reaching the correct answer when the processor solves the largest problems, involving hundreds of qubits, tested by the researcher.

The team, led by Daniel Lidar — director of the USC-Lockheed Martin Quantum Computing Center at the USC Viterbi School of Engineering — ran its tests on the 512-quantum-bit D-Wave Two processor. The D-Wave Two is among the first commercially available quantum processors — a device so advanced that there are only two in use outside the Canadian company where they were built: The first one went to USC and Lockheed Martin, and the second to NASA and Google. 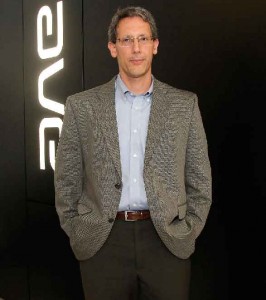 “We have demonstrated that our quantum annealing correction strategy significantly improves the success probability of the D-Wave Two processor on the benchmark problem of antiferromagnetic chains and are planning to next use it on computationally hard problems,” Lidar said. His team includes graduate student Kristen Pudenz and postdoctoral fellow Tameem Albash.

Lidar added that all quantum information processors are expected to be highly susceptible to decoherence, so that error correction is viewed as an essential and inescapable part of quantum computing.

Quantum processors encode data in qubits, which have the capability of representing the two digits of one and zero at the same time, as opposed to traditional bits, which can encode distinctly either a one or a zero. This property, called superposition, along with the ability of quantum states to “interfere” (cancel or reinforce each other like waves in a pond) and “tunnel” through energy barriers, is what may one day allow quantum processors to ultimately perform optimization calculations much faster than traditional processors.

Decoherence knocks qubits out of superposition, forcing them to behave as traditional bits and robbing them of their edge over traditional processors.

Pudenz, Albash and Lidar developed and tested a strategy of grouping three qubits together into larger blocks of encoded qubits that can be decoded by a “majority vote.” This way, if decoherence affects one of the qubits and causes it to “flip” to the incorrect value, the other two qubits in the block ensure that the data is still correctly encoded and can be correctly decoded by out-voting the errant qubit.

These voting blocks of qubits are then magnetically tied to a fourth qubit in such a way that if any one flips, then all four must flip. In effect, it makes the whole block of four so massive that it’s difficult for one lonely qubit acting under the influence of decoherence to throw a wrench in the works.

The research was funded by the U.S. Army Research Office, the National Science Foundation and the Lockheed Martin Corp.

Scientists use ‘voting’ and ‘penalties’ to overcome errors in quantum optimization