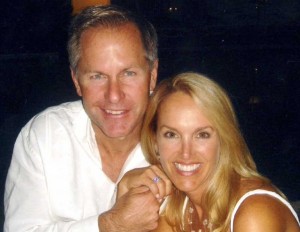 Grant Kirkpatrick is principal of Kirkpatrick Architects, part of KAA Design Group in West Los Angeles, which he founded in 1988. Kirkpatrick’s award-winning firm has completed projects for the Los Angeles County Museum of Art, Christie’s auction house, Hugo Boss clothing stores across the nation, renovations for the Jonathan Club, Santa Monica Beach Club and Manhattan Country Club, as well as custom homes for Hollywood’s top names and other clients, including the USC President’s House in San Marino. The firm’s work has been extensively published in major design magazines and books.

Shaya Kirkpatrick is a USC Dornsife College of Letters, Arts and Sciences graduate who later studied interior and environmental design at UCLA. She is an interior designer who has worked on major commercial and residential projects, founding her own firm, KAI Design, in 1991. She also is a co-founder of the nonprofit Grades of Green, which promotes environmental awareness for schoolchildren across the nation. In 2011, she served on the 25th reunion committee and chaired alumni recruitment for the class of 1986.

The couple’s oldest child, Jack, is a business administration major at the USC Marshall School of Business. They also have a son, Ryan, who is in high school, and a daughter, Allison, who is in the eighth grade.

Grant Kirkpatrick said the couple took advantage of many of USC’s academic opportunities while they were students, but neither of them studied overseas.

“For one reason or another, we never did,” he said, “and it is our one regret about college.”

He said he and his wife want to support School of Architecture Dean Qingyun Ma’s effort to offer prospective students scholarships for study abroad.

“If a top student is deciding between USC Architecture and somewhere else, that could be the kicker to choose USC,” Kirkpatrick said.

The School of Architecture’s Global Studies Program awards academic credit for study in several countries, including Italy, Malaysia, Spain and China. The school also has smaller travel fellowships to support student projects around the world.

Keck Foundation gift to USC to speed research on COVID-19

Keck School of Medicine of USC researchers will use $4 million in funding for studies to detect, prevent, treat and educate about the new coronavirus.

Eric Hoyeon Song, who graduated from USC Dornsife with a bachelor’s in biochemistry, is one of 30 academics to receive the 2020 Paul and Daisy Soros Fellowship for New Americans.