Transitioning into new schools and coping with a parent’s wartime deployment can increase the risks that military children are victimized by other students and are carrying weapons to school, according to a new study from researchers at USC.

Military-connected students in middle and high school were more likely than nonmilitary students to be physically victimized, which included being pushed or shoved, being in a fight and having property stolen. The article, which appeared in the December issue of Preventive Medicine, showed that military-connected students also were more likely than nonmilitary students to have rumors spread about them and to be the subject of sexual jokes and gestures.

The study is based on the results of the California Health Kids Survey, which is conducted annually by the California Department of Education to monitor youth risk, behavior and resilience. The survey offers an optional military module, which allows for comparisons between military and nonmilitary students. This analysis focuses on a sample of 14,512 students in grades 7, 9 and 11 who attend schools in six military-connected school districts in Southern California.

While other recent research has shown links between a family member’s deployment and negative outcomes for military-connected adolescents, this study adds to the research by showing that being new in school is also associated with problems for the students. 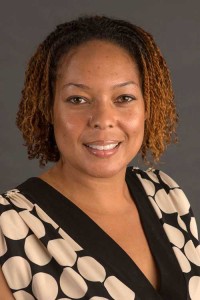 “Such relocations cause youth to lose important social supports and networks,” wrote Tamika Gilreath, the lead author of the study and an assistant professor at the USC School of Social Work. “Additionally for military-connected youth, these moves may also coincide with deployment cycles whereby they lose the support of one of their parents.”

The co-authors are Ron Avi Astor, Julie Cederbaum and Hazel Atuel, also from the School of Social Work, and Rami Benbenishty from Bar Ilan University in Israel.

While only a small percentage of students reported carrying either a gun or a knife to school, the percentage of students with a parent in the military who reported bringing a gun to school was double that of nonmilitary students — 8.3 percent compared to 3.6 percent. In addition, those reporting no family member deployments had significantly lower rates of bringing a gun to school than those who reported one, or two or more deployments — 2.8 percent compared to 5.6 percent and 5.4 percent, respectively.

“It is possible that having a military-connected family member allows youth access to weapons in the home,” Gilreath wrote. “Additionally, multiple deployments may contribute to increased weapon carrying if a parent is deployed and parental monitoring declines in the absence of the other parent.”

Benbenishty said that more research is needed on the combination of military-connected students being more victimized than nonmilitary students and the finding that they are also carrying weapons more often.

“We do not have indications that these students are involved more in using weapons in schools,” he said. “This may hint that carrying weapons may have a different meaning for military-connected students. We need to listen more to these students and better understand their experiences in school.”

The study, Gilreath said, shows that schools need to increase the support they provide to new students, especially those from military families.

“It’s never right for anyone to feel ostracized, to be picked on,” Gilreath said. “Schools need practices to help integrate students who are transitioning in and out.”

After suffering from anxiety and depression during the early days of her Trojan tenure, Joelle Ferguson devoted herself to improving mental health services.