Proving that social workers have myriad transferrable skills — including advocacy on a large scale — USC School of Social Work alumni Olivia Rubio MSW ’11 and Filiberto Gonzalez MSW ’00 have been appointed by Los Angeles Mayor Eric Garcetti to two city commissions charged with improving the well-being of those in the community.

Rubio will serve a five-year term on the Board of Neighborhood Commissioners, which establishes and oversees policies for the Neighborhood Councils and Department of Neighborhood Empowerment that work to improve the quality of life of citizens in Los Angeles. Prior to this appointment, Rubio served on the Boyle Heights Neighborhood Council as a budget advocate, and she said this experience provided her with knowledge about city services and nurtured her fondness for its residents.

“I care very much for Los Angeles, and I want to find ways to improve the quality of life of those from where I grew up,” she said.

Having grown up in Los Angeles gives Rubio insight into the specific needs of those in the area. As a leader in the community, Rubio said she wants to encourage residents to take initiative and seek help for any problem they might face.

“One of my goals is to support community leaders by providing them with training that will improve their leadership abilities,” Rubio said. “I also want there to be more community engagement with their local government, so they know what city department can help them with a specific issue, whether it’s public safety or trash not being picked up on the street. It’s important to educate people about how they can beautify and make the area safer.”

Community activism has been a consistent part of Rubio’s life, and she said the pillars of social work align with her passions and her political future.

“As a social worker, I feel as though I am in a position to be an authentic catalyst for change. With a political appointment, I can promote social justice and advocate for the common good,” she said.

Although Gonzalez and Rubio will have different appointments and responsibilities within Los Angeles, they share the same mindset. 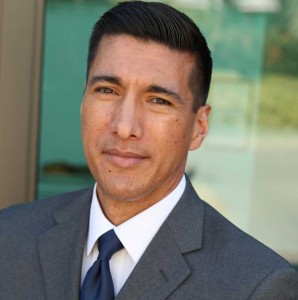 “It’s important to have a social work perspective because it’s going to mean safer, healthier communities,” said Gonzalez, who will serve five years on the North San Fernando Valley Area Planning Commission. “In addition to being a social worker, I’m a father. I view just about everything outside my home [by how] it impacts my children and families like mine.”

The planning commission Gonzalez will be serving on decides on new developments and conditional use permits, or alcohol licenses. As a commissioner, Gonzalez said he plans to highly scrutinize liquor license requests because of the negative effect it can have on a community.

“There is a very strong correlation between unhealthy communities and crime. The more liquor licenses there are, the more crime. When there is more crime, there are generally worse schools and higher drop-out rates,” he said. “Aside from public safety, this is probably the one place where the local government impacts the daily lives and quality of life of everyday Angelenos.”

Gonzalez is highly invested in his community. When he worked for Genesis LA Economic Growth Corp., an organization that facilitates lucrative real estate projects in low-income areas, he was able to see how much a single development could benefit an entire community. Gonzalez personally worked to place a shopping center with profitable stores, such as Best Buy and Lowe’s Home Improvement, in Pacoima, Calif., which improved the city’s economy by creating 500 jobs.

Community outreach is also an essential aspect of Social Impact Consulting, an organization Gonzalez founded that assists nonprofits, government entities and businesses with fundraising. Gonzalez, the firm’s CEO, said he started the company as a leap of faith during the recession when unemployment was a prevalent fear among Americans.

“I decided that I was going to make a bet on myself and go after my dream job,” he said. “I set out to do it, put all the pieces in motion, and it was the best decision I could have made.”

Gonzalez will be representing approximately 800,000 people as commissioner, and he said he intends to continue making those who are less fortunate a priority.

“My Master of Social Work has informed every aspect of my professional life,” he said. “I was taught and believe a social worker’s role in society is to make the world a better place for all of us and to think of the least among us first.”