Examining Beck’s keynote address at this year’s National Rifle Association convention, Negri’s writing on America in his influential 1992 book Insurgencies: Constituent Power and the Modern State and Tarantino’s 2012 film, Young suggests that this unlikely trio, despite their vast political differences, define freedom in a similar fashion.

“These texts portray freedom as an individual’s ability to command a sovereign violence that is not limited by the state,” Young said.

“This shared vision of what Negri calls ‘constituent power,’ emerges, I argue, from Beck, Negri and Tarantino’s romanticization of the mythical ‘American frontiersman.’ ”

Historically, however, Young reminds us, the violent ‘frontier’ mode of freedom that Beck, Negri and Tarantino celebrate was not just a means of protecting individuals from oppressive governments.

“Constituent power was celebrated in settler colonial societies like the United States primarily because it enabled settlers to carry out the genocidal violence toward indigenous peoples that occurred on the historical settler frontier,” Young said.

“This romanticization of the figure of the 19th-century frontiersman is dangerous because it neglects the very people for whom the frontier was anything but romantic.” 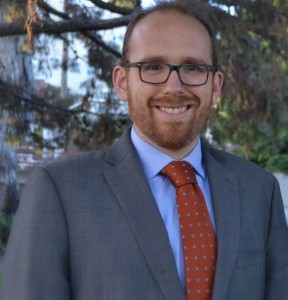 Thinkers who wish to reject the violent and racist politics of a figure like Beck, Young warned, must envision an alternative to the violent and individualist modes of freedom that inevitably emerge when indigenous people are erased and the frontiersman is romanticized.

Young was presented with the American Studies Association’s (ASA) 2013 Comparative Ethnic Studies Prize for his paper, “The Settler Unchained: Constituent Power and Settler Violence,” at ASA’s annual meeting in Washington D.C., on Nov. 23. That morning, he presented his winning paper to ASA members at an interdisicplinary panel discussion titled “Accumulation: Settler Colonialism and Military Occupation as Paradigms for Neoliberal State Formation.”

“A lot of scholars whom I respect have been given this honor in the past, so it’s very exciting that the ASA’s Ethnic Studies Committee found my work compelling enough to add me to that list,” Young said. “It’s a great honor.”

Young is grateful for support from the newly formed Indigenous and Decolonial Research Cluster in the Department of American studies and ethnicity at the USC Dornsife College of Letters, Arts and Sciences, which he said was essential to his development of the paper.

“I couldn’t have done it without the feedback I received from my grad-student colleagues, as well as my faculty mentors Macarena Gomez-Barris and John Carlos Rowe, in a workshop hosted by the cluster last spring,” he said.

Young also cited the guidance he has received from his dissertation adviser, William Handley, an associate professor of English.

Young also received support from the USC-Huntington Institute on California and the West that enabled him to co-host, with University of California, Irvine graduate student Erik Altenbernd, a symposium last year on U.S. frontier historiography and transnational settler colonial studies at the Huntington.

Titled “The Significance of the Frontier in an Age of Transnational History,” the symposium included more than 15 national and international scholars from various disciplines discussing the contemporary intellectual concept of the frontier. The event, organized with the help of the institute’s director William Deverell, professor and chair of the USC Dornsife history department, attracted more than 200 scholars and members of the public.

Young also benefitted from a travel grant from USC Dornsife’s English department, which allowed him to present his work in Australia at the annual meeting of the Australian Historical Association at the University of Wollongong, New South Wales. He then presented a paper titled “Settler Colonial Studies as a Paradigm for the Study of the U.S.-Mexico Borderlands” at the Swinburne Institute of Technology in Melbourne. Young was also able to do preliminary research on 20th-century Australian countercultural literature at the State Library of Victoria in Melbourne and met Australian scholars in his field.

“The support I have received from USC Dornsife,” Young said, “has enabled me to help shape an emerging scholarly conversation about how understanding settler colonialism is vital to understanding contemporary culture and politics in the U.S.”

Documentarian finds herself in step with a dancer

USC film alumna Melanie D’Andrea was trying to find stories ‘in the fabric of Los Angeles.’ She didn’t expect to be watching freestyle street dancing at 2 a.m.