An innovative researcher, Remo Rohs is being noticed in big ways.

This year the assistant professor of computational biology at the USC Dornsife College of Letters, Arts and Sciences published 10 studies related to his research on protein-DNA recognition. Now, three of Rohs’ recent articles have gained recognition in the scientific community.

Two of his papers published in Proceedings of the National Academy of Sciences and Cell Reports received a Top 10 Paper award from the International Society of Computational Biology. This distinction honors the 10 most influential papers published in 2012-13 in the fields of regulatory and systems genomics.

In addition, one of his publications in Nucleic Acids Research (NAR) was named an NAR Breakthrough Article, a distinction given to less than 1 percent of publications in the journal. Breakthrough articles represent the very best of the papers NAR publishes in terms of originality, significance and scientific excellence. Rohs’ research paper will be featured on the cover of the Jan. 1 issue.

The research, a novel integration of the fields of genomics and structural biology, sheds light on the mechanisms underlying how proteins recognize their DNA binding sites by translating genome sequences into three-dimensional structures.

“We are working in a new research field combining structural biology with genomics,” said Rohs, a Sloan research fellow who joined USC Dornsife in 2010 and has appointments in biological sciences, chemistry and physics at USC Dornsife and in computer science at the USC Viterbi School of Engineering.

“This means that our research has to be recognized by both fields. It is difficult when you try to work between two established fields, and getting these three awards means the research has been recognized and accepted by the community,” he explained. This is very important for fulfilling the mission I had for my research program at USC Dornsife.”

Rohs’ graduate students are co-authors on all three award-winning papers.

“Zhou published a first-author paper in NAR earlier this year — it was an important basis for our other papers,” Rohs said. “It didn’t get an award, but I think it was, methodologically, the most important paper. Sometimes papers don’t get awards because they push the boundaries and only when it is seen later, it gains legitimacy. Then maybe the next paper gets an award.” 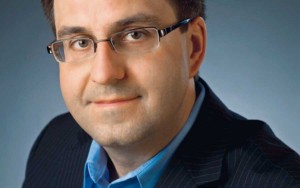 Previously, scientists have looked at three-dimensional structures of proteins bound to DNA, but only using small systems. His lab is working to derive structural features for the entire genome and identify how proteins, in this case transcription factors, bind to DNA and how they use both sequence and structure to find the correct target in the genome. Rohs and his team use machine learning for their studies.

For Rohs’ NAR paper to be declared “breakthrough,” it required recommendations first by two scientific reviewers, then by the executive editor and an additional member of the NAR Editorial Board, and finally by both senior editors of the publication.

“The reviewers particularly appreciated how carefully the Rohs group studied their comments on the original variant of the paper and the database and how quickly and thoroughly Rohs and colleagues implemented the reviewers’ suggestions,” said Michael Galperin, NAR executive editor.

Boyana Konforti, editor in chief of Cell Reports, said that the reviewers recognized the importance of the question Rohs addressed in that award-winning article.

“Namely, the question of how transcription factors with what seem like identical DNA binding specificities have distinct in vivo binding preferences,” Konforti said. “One reviewer called the work ‘exciting’ and the other said the paper ‘breaks new ground in analyzing differential binding of transcription factors in the genome,’ which is the type of work we’re looking to publish in Cell Reports.”

Harmen Bussemaker, associate professor in the Department of Biological Sciences at Columbia University, was a co-author with Rohs for the Proceedings of the National Academy of Sciences article on DNA methylation, a process that can be associated with cancer.

“Remo’s powerful and unique computational tools for predicting DNA shape have enabled us to explore protein-DNA interaction from a new perspective,” Bussemaker said.

A Trailblazer Aids in Decoding the Human Genome

Through a marriage of computational genetics, computer science, mathematics and molecular genetics, Michael S. Waterman and his team help steer biotechnology into a new era.

The Norris Foundation gift strengthens the university’s leadership in an emerging field of cancer research.