Damasio, holder of the David Dornsife Chair in Neuroscience, professor of psychology and neurology, and director of the Brain and Creativity Institute at the USC Dornsife College of Letters, Arts and Sciences, received the prize — which includes $100,000 — for his somatic marker hypothesis showing how emotions influence the way people make decisions. The Grawemeyer Award honors distinguished leaders in the study of cognition and neuroscience for their path-breaking ideas.

“The somatic marker idea turned out to be relevant to understand complex human behavior. I am pleased to see it recognized,” said Damasio, whose other honors include the Honda Foundation’s Honda Prize and the Prince of Asturias Prize for Scientific and Technical Research, as well as election to the National Academy of Sciences’ Institute of Medicine and numerous honorary doctorates and other prizes.

Four of Damasio’s books have been translated into more than 20 languages and are used in universities worldwide. He has written nearly 400 scientific articles. 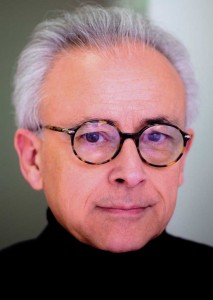 Damasio developed his somatic marker hypothesis after years of gathering evidence that people with certain brain injuries had difficulty making personal and social decisions even when their intellects remained intact. He found that the brain process used to evaluate choices involves emotion as well as rational thinking.

Although his proposal ran counter to dominant theories in his field, it inspired countless experiments in the United States and Europe and has had a major influence in contemporary psychology, neuroscience, neurology, psychiatry and philosophy.

“Antonio Damasio’s pioneering work showed that emotions, by way of decision-making, are indispensable for the construction of social behavior, and that specific brain systems are responsible,” award director Woody Petry said. “His work has had an impact in the study of drug addiction, social communication, neuroeconomics, the biology of moral decisions — even education and the law.”

Each year the Grawemeyer Award is presented in five categories: music, political science, psychology, education and religion. In psychology, nominations are judged on the basis of originality, creativity, scientific merit and breadth of impact on the field.

Among the first winners of this award in 2001 was Marcus Raichle of the Washington University School of Medicine in St. Louis. Raichle’s discovery of the relative independence of blood flow and oxygen consumption during changes in brain activity provided the physiological basis of functional magnetic resonance imaging (fMRI). Another past winner was Daniel Kahneman of Princeton University, who won the 2002 Nobel Prize in Economic Sciences for his work on the psychology of judgment and decision-making.

Yet another was the National Institutes of Health’a Mortimer Mishkin, who spent more than five decades working with nonhuman primates to better understand the pathways for vision, hearing and touch. He studies how these processing streams connect with brain structures that play an important role in memory.

“The winners of this award include some of the colleagues that I most admire,” Damasio said. “They are all extremely distinguished scholars, and I am honored to be among them.”

Damasio’s famous theory suggests that when individuals make decisions, they use cognitive and emotional processes to assess the value of their choices. When facing complex and conflicting choices, people at times are unable to decide using only cognitive processes, which can become overloaded.

H. Charles Grawemeyer, industrialist, entrepreneur, astute investor and philanthropist, created the Grawemeyer Awards to help make the world a better place. An initial endowment of $9 million funded the awards, which have drawn nominations from around the world.

Damasio will deliver a lecture during the award ceremony, which will take place in April at the University of Louisville.

Jacques Hymans, associate professor of international relations at USC Dornsife, has won the 2014 Grawemeyer Award for Ideas Improving World Order for his book about nuclear proliferation.

University Professors Antonio and Hanna Damasio – who together have challenged dominant 20th century views about brain function and demonstrated how emotions play a critical role in high-level cognition – have been awarded honorary degrees from the École Polytechnique Fédérale de Lausanne (EPFL).

The Honda Foundation of Japan has announced that its annual Honda Prize, one of the most important international awards for scientific achievement, will go to Antonio Damasio, the David Dornsife Professor of Neuroscience and director of the Brain and Creativity Institute at USC.

The American Psychological Association has awarded seven-year accreditation to the Psychology Postdoctoral Fellowship Training Program of the USC Center for Excellence in Developmental Disabilities.