In opening remarks, LAUSD Superintendent John Deasy spoke about the importance of the initiative, which was adopted in 2009 with the long-term goal of creating “diverse options for high-quality educational environments, with excellent teaching and learning, for students’ academic success,” according to the PSCI resolution.

USC Rossier’s Julie Marsh and Katharine Strunk offered key findings from the first three years of their research on PSCI, which allowed teams of internal and external stakeholders, such as local educators, community members and organizations, charter school operators, nonprofit organizations and labor partners, to compete to manage a designated “focus” or “relief” school.

Focus schools were in the bottom 1 percent of low-performing LAUSD public schools, and relief schools were new schools established to ease overcrowding in year-round schools. The initiative also aimed to give families and communities within LAUSD new opportunities to play an active role in improving their local public schools.

The USC researchers are conducting a four-year study of the initiative’s implementation and outcomes with support from a $6 million federal Investing in Innovation (i3) grant. Their presentations highlighted early impacts of the reform on student achievement and suspension rates, the challenges and successes in early implementation, the changes in the quantity and quality of parent engagement over time, and the way in which politics shaped and was shaped by the policy over time.

In terms of early implementation, USC Rossier researchers reported mixed levels of understanding and support from stakeholders and a lack of understanding among many teams of the autonomies afforded by governance models selected. Marsh and Strunk found that the district faced challenges attracting teams of applicants, particularly in the later years. 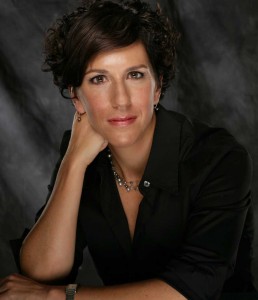 Marsh and Strunk also discovered that higher-quality school plans were generally selected in the first three years of PSCI. Their research found that in all three years, the number of parents providing input into plan selection was quite low and that the nature of meetings with parents shifted over time. For example, appeals to parents shifted from emotional to reason-based and conversations became more reciprocal over time.

The research also indicated that, although it was designed to improve accountability and learning for low-performing schools and students, PSCI’s enactment at times became a broader referendum on school governance and reform in general, including inspiring the formation of a new coalition of community organizations that could continue to shape LAUSD policy in coming years.

A USC-led team of researchers finds remarkable results with the blood test in a small group of patients.