Researchers in a multiyear study are using magnetic resonance imaging (MRI) to understand the long-term effect of statins drugs on arterial blockages associated with atherosclerosis, the world’s leading cause of death and disability.

Patrick Colletti, professor of radiology at USC and chief of MRI at LAC+USC Medical Center, launched the six-year project, supported in part with funding from the Southern California Clinical and Translational Science Institute.

The investigators are imaging the carotid arteries of atherosclerosis patients to compare the impact of a variety of cholesterol medications on plaques — fatty deposits that narrow and block arteries. Because all plaques are not equally dangerous, researchers are using MRI’s unique ability to reveal differences in plaque composition and behavior in an effort to determine what health risks individual blockages present and how best to treat them.

Atherosclerosis is responsible each year for millions of heart attacks, stroke, blood clots and other medical problems.

Because of their ability to both lower cholesterol and shrink plaques, statins have become some of the most-prescribed medications in history. But much remains unknown about the responses of different types of plaques to the various types of drugs currently available.

It is not clear, for example, why some patients experience cardiovascular problems despite their use of statins and consequent reductions in cholesterol levels and plaque size, Colletti said.

Initially, he explained, investigators hope to learn how plaques in the participants’ arteries respond to various statins, and to better understand the relationship between medications and the health risks related to atherosclerosis.

Eventually, researchers hope simple MRI scans will give doctors the information they need to tailor therapeutic intervention for each atherosclerosis patient.

“We’d like to understand which cholesterol-lowering drugs and combinations of drugs to use for any given patient, based on what we know about the plaques in their arteries,” Colletti said.

For this study, the investigators enrolled 80 adults with atherosclerosis. The research participants were randomly split into three groups. Each group was treated with one of three regimens of U.S. Food and Drug Administration-approved cholesterol-lowering therapy, all of which contain the widely prescribed statin medication Lipitor.

At the start of their participation, the researchers scanned the carotid arteries of all patients by MRI, and again at yearly intervals, to monitor the development of plaque deposits. After an initial three years of tracking, researchers will ask participants to take part in another three-year series of annual MRI scans, for a total of six years.

Enrolling 80 qualified participants in the study was itself an important success: More than 80 percent of clinical studies fail because they can’t find a sufficient number of research subjects. 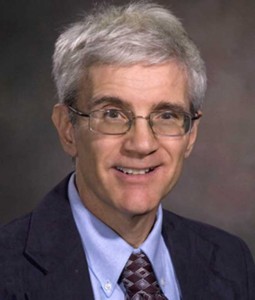 “It’s always difficult to recruit and retain participants in long-term studies of this nature,” Colletti said.

But there were surprising rewards to the research: Researchers, for example, found that one of their newly recruited participants had dangerously high blood pressure. They directed the participant to a clinic, where doctors got her hypertension under control. The research team members were gratified to see the participant’s overall health improved dramatically, Colletti said.

Atherosclerosis researchers have long known that not all plaques are alike, he noted. Some are relatively stable and asymptomatic. These plaques are less likely to throw off the tiny particles that can cause blood clots — one of the biggest dangers of atherosclerosis.

But some plaques are less stable and trigger higher levels of inflammation. They are more likely to rupture, shedding particles that can stick to blood platelets, creating the clots that can suddenly and disastrously block blood flow. When these thromboses occur in coronary arteries, heart attacks and other problems can result. In the brain, clots can cause strokes.

Prior to the launch of the carotid plaque study, Colletti had been investigating cardiac MRI when he met MRI researcher Zhao Xue-Qiao, a professor at the University of Washington School of Medicine in Seattle, where she is director of the Coronary Atherosclerosis Research Laboratory.

Since USC has similar research MRI capabilities, the two decided to expand Zhao’s carotid plaque composition project to include USC. The University of Washington research team will also recruit and examine participants, serving as the core site for the analysis of all carotid MRI scans.

The study of atherosclerosis has been revolutionized by MRI, Zhao said. Older X-ray-based imaging methods, such as angiography, revealed the size of plaques, but are not capable of providing information about the makeup of the deposits, the way MRI can.

“For years we didn’t have a good imaging modality to look at arterial plaques in vivo in a noninvasive way,” Zhao said. “Now with MRI, we’re able to see not just the size of the plaque, but its composition and the level of inflammation.”

Over time, MRI scans can show lipids depositing in arteries to form a new plaque, as well as the healing period called fibrosis, and finally calcification, when plaques are less dangerous, Colletti said. This knowledge should allow doctors to determine therapy accordingly.

“We’re collecting an increasing body of evidence of how plaques respond to treatment,” Colletti said. “Ultimately, we’re hoping to use this imaging to predict which plaques are going to be stable for the long-term and which patients will need more aggressive or different forms of therapy to reduce their risk of clinical events.”

Drug shown to save lives of patients after heart attack