Helen Hislop, a former chair of the USC Division of Biokinesiology and Physical Therapy, died on Nov. 15 in North Carolina. She was 84.

During her 30-year tenure at USC, Hislop engineered the growth of the program’s size and prestige.

“More than anyone, she was responsible for the growth of our research programs, the formation of our clinical programs and the excellence of our education programs,” Gordon wrote. “She was a true visionary, and she is recognized as a giant in the physical therapy profession. Every physical therapist, not just those of us at USC, benefits from her legacy.”

Hislop conducted research early in her career on the state of physical therapy education that would be the foundation of the reforms she later instituted at USC. That study, published in the Journal of the American Physical Therapy Association, looked at the level of physical therapists’ preparation in the sciences and clinical work and the types of positions they held. She was later asked to edit the journal, a position she held for much of the 1960s, which gave her a voice in shaping the direction of the profession. 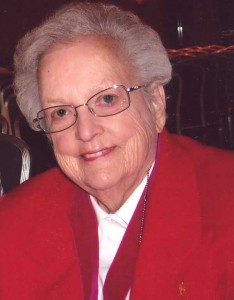 She came to USC in 1968 while working as director of the Rehabilitation Research and Training Center at Rancho Los Amigos Hospital, which had an affiliation with several departments at USC, including physical therapy. At the time, the division had only three faculty members.

“We would never get the research we wanted if we only hired PhDs in something else,” Hislop said.

Hislop started applying for grants to help USC’s physical therapy program hire more faculty members and provide them with funds to conduct research and to develop training programs for the students.

By 1978, the program at USC accepted its first PhD students and awarded its first doctorate in 1984. In 1993, Hislop introduced the concept of biokinesiology, which studies the interplay between molecular and cell biology of muscles, bones and joints and how that influences the mechanical and behavioral aspects of movement. Biokinesiology was integrated into the division’s curriculum during that time and also became part of the division’s formal name.

It took another decade to plan, but she also successfully launched USC’s DPT program, which graduated its first class in 1998, the year Hislop retired and moved to Durham, N.C.

Of her time at USC, Hislop noted several years ago that the division “is much better than it was when I left. And that’s exactly the way it should be.”

Biokinesiology program is one of first in U.S. to offer physical therapy doctorate

The USC Division of Biokinesiology and Physical Therapy officially launched its $5 million campaign initiative on 0ct. 18, the largest undertaken for a physical therapy program in the United States.