An experimental drug called 3K3A-APC appears to reduce brain damage, eliminate brain hemorrhaging and improve motor skills in older stroke-afflicted mice and stroke-afflicted rats with comorbid conditions such as hypertension, according to a new study from Keck Medicine of USC.

The report, which appears online in the journal Stroke, provides additional evidence that 3K3A-APC may be used as a therapy for stroke in humans, either alone or in combination with the Food and Drug Administration (FDA)-approved clot-busting drug therapy known as tissue plasminogen activator (tPA). Clinical trials to test the drug’s efficacy in people experiencing acute ischemic stroke are expected to begin recruiting patients across the United States next year.

“Currently, tPA is the best treatment for stroke caused by a blocked artery, but it must be administered within three hours after stroke onset to be effective,” said Berislav Zlokovic, director of the Zilkha Neurogenetic Institute (ZNI) at the Keck School of Medicine of USC and the study’s lead investigator. “Because of this limited window, only a small fraction of those who suffer a stroke reach the hospital in time to be considered for tPA. Our studies show that 3K3A-APC extends tPA’s therapeutic window and counteracts tPA’s tendency to induce bleeding in the brains of animals having a stroke.” 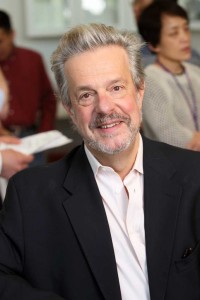 Zlokovic is the scientific founder of ZZ Biotech, a Houston-based biotechnology company he co-founded with USC benefactor Selim Zilkha to develop biological treatments for stroke and other neurological ailments.

ZZ Biotech’s 3K3A-APC is a genetically engineered variant of the naturally occurring activated protein C (APC), which plays a role in the regulation of blood clotting and inflammation. 3K3A-APC has been shown to have a protective effect on the lining of blood vessels in rodent brains, which appears to help prevent bleeding caused by tPA.

In collaboration with Cedars-Sinai Medical Center and The Scripps Research Institute, Zlokovic and his team gave tPA — alone and in combination with 3K3A-APC — to mature female mice and male hypertensive rats four hours after stroke. They also gave 3K3A-APC in regular intervals up to seven days after stroke. The researchers measured the amount of brain damage, bleeding and motor ability of the rodents up to four weeks after stroke.

The researchers found that, under those conditions, tPA therapy alone caused bleeding in the brain and did not reduce brain damage or improve motor ability when compared to the control. The combination of tPA and 3K3A-APC, however, reduced brain damage by more than half, eliminated tPA-induced bleeding and significantly improved motor ability.

“Scientists all around the globe are studying potential stroke therapies, but very few have the robust preclinical data package that 3K3A-APC has,” said Kent Pryor, ZZ Biotech’s chief operating officer. “The results from Dr. Zlokovic’s studies have been very promising.”

“We now have opened an investigational new drug application at the FDA to conduct a Phase 2 clinical trial of 3K3A-APC in patients experiencing acute ischemic stroke,” said Joe Romano, CEO and president of ZZ Biotech. “We are excited to see 3K3A-APC move from healthy volunteers to real patients suffering from this terrible disease.”

Bouncing back from stroke, she’s the picture of health

USC researchers find no connection between tamoxifen and stroke risk among breast cancer survivors. But their new study unexpectedly finds that chemotherapy may pose a problem for women with hypertension or diabetes.

Clot-Busting Is Key to Stroke Outcome