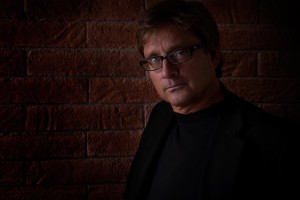 The conversation in architecture schools has moved from bricks and mortar to terabits and morphing. USC’s Neil Leach is at the vanguard of that shift. His recent project, a major exhibition in Beijing, documents the “digital infiltration” now underway at the world’s leading architecture schools.

“There has been a revolution in architecture,” said Leach, adjunct professor in the USC School of Architecture. “Computation has spread like a virus­ — especially in China. By 2020 it will be everywhere.”

He and co-curator Xu Weiguo of Tsinghua University put together the “Design Intelligence: Advanced Computational Research” exhibition to highlight work from 32 schools, including USC, Harvard, Massachusetts Institute of Technology, Princeton and China’s Tsinghua and Tongji universities. 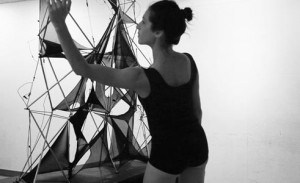 Leach is no stranger to China: He has co-curated several Architecture Biennial Beijing exhibitions. He also runs USC’s American Academy in China, a summer architecture institute that culminated in the “Interactive Shanghai” forum and exhibition at Tongji University in August.

His own architectural experimentation strays even farther than the Asian nation — it ventures into space. 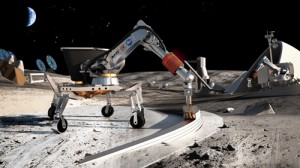 As a NASA Innovative Advanced Concepts fellow, he collaborates with USC Viterbi School of Engineering researchers Behrokh Khoshnevis, Anders Carlson and Madhu Thangavelu on robotic fabrication technologies. Their goal is to build structures on the moon and Mars using 3-D printers. Leach also has a forthcoming book on the topic: Space Architecture: The New Frontier of Research.

The couple’s oldest child, Jack, is a business administration major at the USC Marshall School of Business.

An architect’s journey from head to hand to paper

Miller Fong instills a love of hand drawing to students who primarily create with pixels.