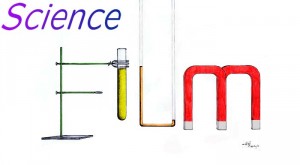 To participate in the third annual science film competition, students need to register by Oct. 16 at sciencefilm.usc.edu.

To participate, students need to register by Oct. 16; registration details can be found online at sciencefilm.usc.edu.

“The goal is to put science back in the culture where it belongs. And film is the most powerful medium we have,” said the event’s organizer Clifford Johnson, professor of physics and astronomy at the USC Dornsife College of Letters, Arts and Sciences.

Each team — which must include students from science-based programs (from USC Dornsife, the USC Viterbi School of Engineering or the Keck School of Medicine of USC) and film- or journalism-based programs (from the USC School of Cinematic Arts or the USC Annenberg School for Communication and Journalism) — will have four months to produce a film that explains and illustrates a scientific concept, principle or issue for a wide, nonexpert audience.

Documentaries are great, Johnson said, but students should feel free to pursue other genres, such as romantic comedies and dramas.

A jury comprised of USC faculty and outside experts will judge the competition. First prize takes home $3,000, second prize comes with $2,000 and third prize is $1,000. The films, which tend to be between five and 10 minutes long, will be screened in a theater at the School of Cinematic Arts on March 7, when the awards will be announced and handed out.

Both filmmakers and scientists have a lot to learn from one another — which is why each team is required to have representatives from both camps, Johnson said.

In fact, students from any and all majors are invited to participate and bring their talents to the filmmaking projects. For example, music on the films has to be legally obtained, so students from the USC Thornton School of Music are encouraged to get involved to compose and perform music for films.

“Faculty throughout the university — at the School of Cinematic Arts and elsewhere — have been very supportive of this competition,” Johnson said. “Some faculty have allowed students to do films as projects for class credit that can also be entered into the competition while others also see this as an opportunity to have the students showcase work going on in their lab. It has been great.”

The competition started three years ago with a proposal that Johnson and Anna Krylov, professor of chemistry at USC Dornsife, wrote to the Anton Burg Foundation. Burg, a leading expert on boron compounds, was known as “the father of chemistry at USC” and is credited with transforming the chemistry department into a leading research department during the ’40s and ’50s. His namesake foundation has funded the USC Science Film Competition each year. 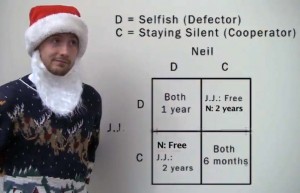 Last year’s winners included A Very Altruistic Christmas, a story about altruism in biology; Stem Cell Billy, an explanation of stem cells; and Cosmic Billiards, a documentary about how astrophysicists chart the course of space probes, likening it to the game of billiards.

“You can really see that they had a great time,” Johnson said of last year’s participants. “They reached out of their comfort zone.”

Participating in the competition is a significant commitment. Every year, Johnson approves roughly 20 pitches but has only received eight completed films per year.

To boost retention, Johnson has extended the deadline for the completed films to Feb. 15, giving teams an additional month to finish. Another new feature of the competition this year is a “speed-dating” event, where individuals who are interested but perhaps don’t have a team can meet and exchange ideas.

Beyond that, students can email Johnson and he’ll sign them up on the blog to help connect them with a team or with scientific and cinematic resources for putting their film together.

Local institutions such as the Griffith Observatory and NASA’s Jet Propulsion Laboratory have been involved in previous years, providing locations and subject matter, and Johnson expects to make contact with them as well as other city institutions and USC centers for this year’s competition.

“Other than that, I get out of their way,” he said.

If it sounds like Johnson is eager to encourage participation, he is. This event is a passion project for the renowned physicist, who sees effective and accurate communication of scientific concepts as crucial to modern culture — but often lacking.

Johnson himself is a regular scientific adviser to Hollywood, having been asked for input on The Universe, Sci Fi Science, Lost, Nova and many others.

“From a pragmatic perspective, a lot of funding agencies are requiring a component about education to the public,” he said. “We all do this research on behalf of the general public — it only makes sense to explain what we’ve learned to them.”

During a time when government funding is increasingly in danger of being axed, the ability to communicate effectively can translate to job security for a scientist. In addition, Johnson said it’s disheartening when one realizes how input from a scientist could have improved many popular films that deal with scientific principles.

“It’s frustrating to see how much better a lot of films could be if that phone call had just been made.”

Students who want to enter the contest can connect with other students to form teams at this blog, and they can attend the speed-dating event on Oct. 4 at the School of Cinematic Arts. The details of the event will be posted on the blog.

$26.5 Million Gift Gives Women in Science and Engineering a Boost

On Feb. 5, Genevieve Giuliano of the USC School of Policy, Planning, and Development and Mark Bernstein of USC College, the managing director of the USC Energy Institute, met separately with staff members from the House Science Committee.