As the anniversary of 9/11 nears, America turns again to remember those lost to tragedy — and to consider the best ways to honor them. Recent memorials to Vietnam War veterans, 9/11, Franklin Delano Roosevelt and Martin Luther King Jr., among others, have sparked controversies over their design, location, and political and religious symbolism — and even the accuracy of the words chiseled in stone. Urban historian and theorist Alison Hirsch, USC assistant professor of landscape architecture, spoke to Allison Engel of USC Communications about the cathartic and historic importance of public memorial monuments.

Allison Engel: What are examples of memorial monuments that work?

Alison Hirsch: On a really small scale, adjacent to the World Trade Center site, is St. Paul’s Chapel, where they’ve preserved the weathering of the pews that occurred when firefighters used it as an emergency relief center. The marks from their heavy boots and equipment act as tangible reminders of the event and the sacrifice the workers were involved in during the months of cleanup. It’s hands-off memorialization, yet sitting in the pews among the tangible traces of the attack’s elongated aftermath is quite powerful. 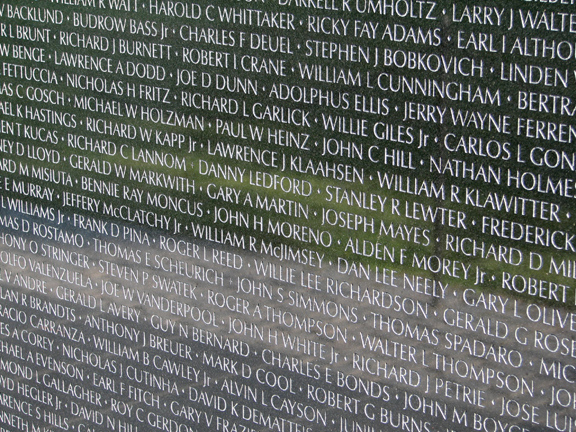 The Vietnam Veterans Memorial contains the names of 58,272 people killed or missing in the Vietnam War. (Photo/Hu Totya)

Maya Lin’s Vietnam Veterans Memorial is a clichéd example at this point, but it’s still a good one. It challenged what it means to grieve publicly. She also clearly challenged the kind of military triumphalism of a lot of war monuments, including the controversial World War II Memorial built on the National Mall two decades later. The reaction by many government officials and veterans was that it was too somber, too reflective of loss and it was seemingly anti-war. It is these issues of forgetting and healing versus confronting and grieving that designers have to deal with. How much do we want to forget and how much do we recognize pasts that are really painful?

AE: Is there another large-scale memorial you consider successful?

AH: In Berlin, there’s the Memorial to the Murdered Jews of Europe by Peter Eisenman. It’s a landscape in the sense that it’s a field of vertical concrete slabs and not a freestanding object. The concrete shafts are almost like gravestones. They range in height from 1 to 10 feet high and are closely packed, so inevitably you feel compressed into this dizzying space. It evokes visceral emotion. From the anonymity of it — there are no inscribed names of the dead since this would be a nearly impossible task — and the endless repetition of the forms, you get a sense of the scale of the history that it is commemorating. Its open edges and central location in the middle of Berlin are very important: It invites participation by anyone and individuals can interpret and experience it as they may, meaning its message is not overly scripted.

How to make memorials work

AE: What makes for an effective memorial?

AH: Several of the reasons why the Vietnam Veterans Memorial works is that it’s open, it’s accessible, it’s public and it allows you to leave offerings. You can just go there and have the experience you need to have. At the World Trade Center memorial you have to go through layers of security and stand on numerous lines since only so many can go in at once. In other words, it’s a highly controlled experience.

I just visited the Flight 93 National Memorial in central Pennsylvania, which is dedicated to the plane on 9/11 that was diverted by the passengers. I wouldn’t cite it as a strong memorial, but the designers have left a number of open areas along the primary processional route that are clearly intended for people to leave offerings, kind of like shrines. In a sense, like memories, these offerings shift and change over time. The actual act of designing a memorial has to be open enough to adapt to different ways people interpret history or past events. Because I think those change over time, too.

AE: What are some of the political issues a designer has to navigate when creating something so publicly painful? 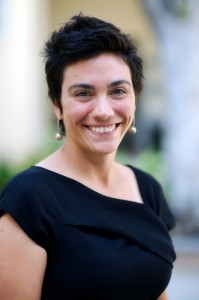 AH: Inevitably, memorials trigger controversy, but this is what is exciting about them: They stimulate public debate and activate the public sphere. There may be conflict over the question of national collective identity, especially in the unique multicultural circumstance of the U.S., where there’s the question of whether we do have a collective identity. The biggest challenge for designers generally is whose history and memory are represented and what gets forgotten. I think the Sandy Hook shooting is going to evolve into a conversation over memorialization. Like controversies over the Columbine shooting, do the aggressors or perpetrators get recognized in the memorial as sad consequences of our society? Will these or should these types of memorials confront issues of gun accessibility or gun violence? Should memorials confront the historical or political context of why these events occurred or should they prioritize healing? Though the city of Berlin is sometimes criticized over making a tourist industry from the memorialization of the Holocaust, the palpability of the painful past preserved in the built fabric makes it a strong example of a place that is striving to recognize and confront its history.

AE: Would you ever want to design a memorial?

AH: I would absolutely jump at the chance. I have a background in heritage conservation and find issues over collective memory and memorializing and recognizing difficult pasts are the most challenging, creative inquiries that designers are asked to undertake.

Hirsch, who joined the USC faculty this fall, previously taught landscape architecture theory and design at Harvard University’s Graduate School of Design, the University of Virginia and the University of Toronto. She is founder and partner of foreground design agency and has a book coming out in 2014 on Lawrence Halprin, who designed the FDR Memorial in Washington, D.C.

Learn more about memorials from Peter Walker, senior partner at PWP Landscape Architecture in Berkeley, Calif., and landscape architect for the National 9/11 Memorial, at a public talk held at 6 p.m. on Sept. 11 on the University Park Campus.