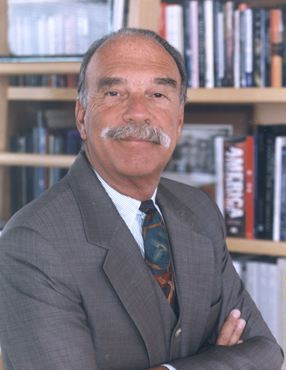 Barry Munitz, president and chief executive officer of the J. Paul Getty Trust, will receive an honorary doctorate and deliver the commencement address at the University of Southern California’s 118th graduation ceremony, Friday, May 11.

Also receiving an honorary doctorate is biomedical pioneer Alfred E. Mann, founder and chairman of MiniMed Inc., who is a former member of the USC Board of Trustees.

USC President Steven B. Sample will confer the honorary degrees – along with more than 8,000 degrees to graduating students – in ceremonies beginning at 8:30 a.m. in USC’s Alumni Memorial Park.

Munitz assumed the helm of the Getty Trust in January of 1998, shortly after the Getty opened its new $1 billion hilltop campus in Brentwood. With a multi-billion-dollar endowment, the trust oversees one of the world’s finest museums; the Getty Grant Program; and institutes devoted to research, conservation and leadership development.

Only the second person to head the Getty, Munitz is credited with diversifying the Getty’s audience, dissolving rigid boundaries between the Getty’s various institutes and democratizing the Getty’s review committees. Breaking with institutional tradition, Munitz has also actively sought commercial partnerships for the trust.

Prior to his Getty post, Munitz was chancellor of the California State University, the largest system of senior higher education in the United States. From 1991 through 1997, he provided leadership to 37,000 faculty and staff and more than 300,000 students at six off-campus centers and 23 campuses, three of which were established during his administration. On his watch as chancellor, the CSU system achieved national recognition.

A native of Brooklyn, New York, Munitz began his academic career in 1966 as an assistant professor of dramatic arts and literature at UC Berkeley. From 1968 to 1970 he served under former UC President Clark Kerr at the Carnegie Foundation Commission on Higher Education. In 1970, Munitz accepted a position at the University of Illinois, where he served for six years, first as associate provost and later as academic vice president for the UI system.

He became vice president and dean of faculties at the University of Houston’s central campus in 1976 and was made chancellor there in 1977.

Munitz left academe in 1982 for work as an executive in the private sector, principally as president and chief operating officer of Houston’s Federated Development Co., the largest shareholder of Maxxam Inc., a Fortune 200 entity with interests in aluminum, lumber and real estate. He remained at the company until he joined the CSU system in 1991.

Munitz has been a national leader in promoting educational excellence at all levels. As CSU chancellor, he chaired the American Council on Education, the California Education Roundtable and the Business-Higher Education Forum.

In 1997, he was appointed by the White House Department of Education to the 11-member Congressional Higher Education Cost Commission, where he served as vice chair.

Between 1994 and 1998, Munitz served as a director of SunAmerica, and in 1998 he chaired the transition team for California Governor Gray Davis.

He is a fellow of the American Academy of Arts and Sciences and serves on numerous public and private boards, including Princeton University, KCET Public Television, the National Business-Higher Education Forum, USA Education Inc. (formerly Sallie Mae Holding Corporation and the Harvard University Art Museums.

Munitz earned a bachelor’s degree in classics and comparative literature from Brooklyn College before going on to earn master’s and Ph.D. degrees from Princeton University.

Mann, a member of the National Academy of Engineering, is the founder, chairman and chief executive officer of two biomedical companies, MiniMed Inc., a $400 million maker of insulin pumps, and Advanced Bionics Inc., a $56 million manufacturer of hearing-stimulation devices. Mann was the founder of Pacesetter Inc., the second largest heart pacemaker company in the United States. In 1985, he sold the firm to Siemens AG, but he remains chairman emeritus of the concern.

In 1998, Mann committed $112.5 million through his foundation to the USC School of Engineering – one of the largest gifts in the history of U.S higher education – to establish the Alfred E. Mann Institute for Biomedical Engineering. Known as AMI-USC, the nonprofit institute is dedicated to the development of medical devices to improve human health and well-being.

He serves as chairman of the Southern California Biomedical Council, whose mission is to foster the growth of the region’s biomedical industry, which currently includes some 2,500 firms.

A native of Portland, Ore., Mann earned his bachelor’s and master’s degrees in physics from UCLA in 1949 and 1951, respectively.