The World Bachelor in Business (WBB) is an intriguing new program offered by the USC Marshall School of Business in which students study on three continents at three universities: USC, The Hong Kong University of Science and Technology and Università Bocconi in Milan. It is the first undergraduate program of its kind, in which students will receive a business degree from all three universities.

The students forming the first cohort are anticipating a great educational journey as they explore the world together. Below are profiles of some of the pioneering WBB students: 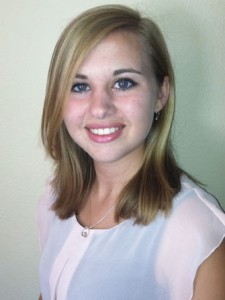 Living in three countries and studying at three universities as part of the WBB program could be intimidating, but Bria Burchianti is ready for any challenge.

Burchianti has moved a lot around her home state of California and traveled extensively in the United States, regularly flying or driving cross-country to visit family in Pennsylvania. She also vacationed in Rome, exploring her grandfather’s homeland and made a few trips to the Caribbean. Along the way, she learned an important life lesson.

“When I travel, I find it very interesting to find how much humanity has in common: We all love, we all want friends, and we all fear,” Burchianti said. “A lot of that fear comes from a fear of change or a fear of loss. Traveling has gone far in teaching me to not fear something just because it is new, be cautious certainly, but do not let that fear stand in the way of the things you look to pursue.”

Burchianti said her work in live theater also changed her: She is more outgoing and has less fear about public speaking.

“The feeling of being onstage for all the world to see is the strangest feeling, a mixture of elation and tempered fear,” she said.

Inspired by her mother, who is well-traveled and was a foreign exchange student in France, Burchianti developed a love of learning, especially about history and cultures.

“My mother has a talent for seeing the world from other peoples’ perspectives,” Burchianti said, “and she has always encouraged me to break out of my shell and become the best version of myself I can envision.”

As the first day of school approaches, Burchianti said she is most excited about meeting her fellow students.

“Wherever we go, there will be a few students who can call that place home and help the rest of us figure out the basics,” she said. “The selection process has rendered a very strong, diverse group that should be able to learn from each other over the next three or four years.” 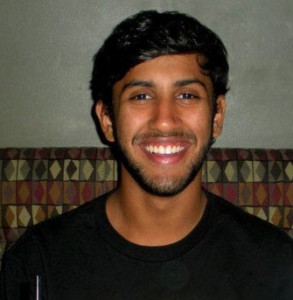 It may sound as if the WBB program was custom designed for Robin Dey. A frequent flyer since childhood, Dey aspires toward a career in international business, where he can engage with people of different cultures in negotiation.

“Growing up as a liberal Indian kid in the conservative Bible belt, I wasn’t always comfortable with my surroundings,” said the Nashville, Tenn., native. “But I’ve always had a fascination for foreign culture — whether it’s traveling to France before going to Disney World, taking side trips to Italy and Finland while visiting my grandmother in Sweden or bustling through busy streets in India.”

Dey’s travels, including a two-week immersion in France and a month in Memphis for the Governor’s School for International Studies, taught him to embrace change.

“Instead of facing new situations with preconceived aversions, I like to think of them as opportunities to expand my own thinking,” Dey said. “Nothing excites me more than walking down a random Italian avenue without directions, talking to a random person about 18th-century classical music, exploring what I don’t know or understand.”

In addition to rock climbing, Dey is passionate about music and foreign languages, finding that the two go hand in hand.

“Both areas of study incorporate intriguing cultures from around the world in an attempt to communicate some sort of emotion, feeling or thought,” said Dey, who plays both guitar and drums and has performed in jazz and punk rock bands.

Dey said his Spanish teacher of three years has probably been the most inspirational influence in his life.

“Before taking Spanish with Señora Moix, I was afraid to speak my mind about issues I knew would create controversy in a mostly conservative and religious surrounding,” he said. “Señora Moix has made me a more open-minded yet steadfast person, all the while encouraging my interest in foreign culture and society.”

While Dey isn’t sure exactly what career path he’ll follow, he feels confident the WBB will set him on the right course.

“The WBB program was exactly what I had been looking for: independent, exploratory, challenging, just a little risky, and innovative.” 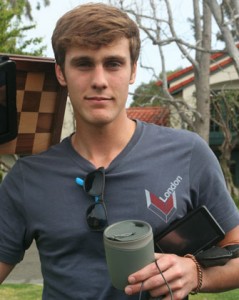 The eldest of three children born to a Zimbabwean father and an English mother, Sam Esson was raised on a 26-acre smallholding outside Johannesburg, South Africa, where his parents owned and operated a country-wedding venue. He was born in 1994, the year Nelson Mandela was inaugurated president after the country’s first fully democratic election, but given rising safety concerns in a nation struggling to break completely free of apartheid rule, his family decided to leave when he was 8. Esson’s family lived in England for a while before spending a year in Houston and finally arriving in California.

“My African history has shaped me,” Esson said. “I am a child from a country of hope but have become an adult in the country of opportunity.”

Throughout his childhood, Esson made frequent trips to visit relatives across the globe, and in high school he undertook two student exchanges to Costa Rica and Japan. He definitely has an adventurous streak: Last summer he ran with the bulls in Pamplona and took a road trip with friends through state parks in California and Oregon. Independent and venturesome, he knew he didn’t want a traditional college experience.

“Having spent my formative years running barefoot through the Highvelt grasslands of Johannesburg, you could say I have always had a penchant for unusual experiences,” Esson said. “I enjoy complete immersion into different and unique cultures and assimilate very easily, so when I read about the WBB program, I knew I had found my niche.”

Esson thanks his maternal English grandfather for sharing his guiding principles for happiness and success, and teaching him the importance of self-governance and independent thought.

“He has also enriched and added color to my world through his love of history, the outdoors, birds, classical music and art,” Esson said, “and he inspires me to be a better person.”

Esson’s interests are as eclectic as his travels, including surfing, coffee-shop chess, spear fishing, free diving, reading, martial arts, guitar and hiking. His professional goal is to take a leadership role in intercontinental business. He believes the WBB program will take him there.

“The WBB’s rigorous program affords me an opportunity to pioneer my own academic and personal destiny,” he said. 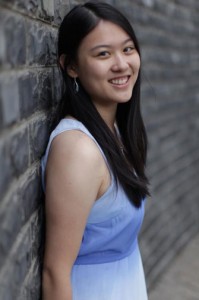 Sophia Lim lives in a place where the only constant is change.

“In the 10 years that I’ve lived in Shanghai, I’ve seen the city grow: Buildings shoot up, highways connect and transportation spread out,” she said. “I study at a religious international school that requires all students to be foreign-passport holders, so my friends change every year. It’s less of me moving around, but the environment around me moving.”

Having grown up in a big, tight-knit family — two siblings, 22 cousins, eight aunts and four uncles — Lim was unsure whether she wanted to attend a university at home or abroad. The WBB program provided the answer to her dilemma.

“The WBB program opens portals and a network of opportunities,” she said. “I can study and get connected to the world. I can learn the best from three schools and be prepared for a future on all three continents.”

Though Lim has been to China, Hong Kong, Taiwan, Macau, Thailand, Korea, Japan, Malaysia, Spain, France, Canada and the Philippines, her most eye-opening cultural experience was her recent visit to Washington, D.C.

She and some friends visited Gallaudet University, a prestigious school for the deaf, where she realized she couldn’t communicate with anyone on campus because she couldn’t sign.

“I felt like a foreigner,” she said. “As we toured the school, I remember having a light-bulb moment and thinking: I used to categorize language as a form of communication, but it really is more than that; language plays a crucial part in culture.”

After that experience, Lim decided to learn American Sign Language, even though she doesn’t know anyone deaf.

“I’m merely doing it because the motions are just so expressive,” she said.

Lim is a sports enthusiast who played on her high school’s varsity basketball, badminton, volleyball and table tennis teams.

“Apart from the adrenaline, the suspense and the intensity of sports, I love sports because of the competition,” she said. “Because of competition, I’ve made new friends, traveled to new places and learned new techniques.”

Lim chose to study business administration because her goal is to find a job that combines dealing with people and calculation, research and analysis, and organization and management.

“I chose the WBB program because it can offer me options,” she said, “options to work or continue my studies around the world.” 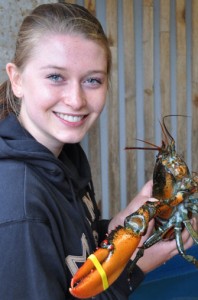 An American expatriate living in Germany, Paulina Erin Quinn has had a uniquely international upbringing. Summer holidays were spent at the family’s lake house in Maine, where she went water skiing, tubing and kayaking with her cousins, and practiced firing pistols and rifles in the woods with her father. Winter holidays meant snow skiing in Austria with friends.

But straddling two cultures made choosing between the American and European university systems especially difficult.

Università Bocconi was one of her top E.U. choices and how she learned of the WBB.

“The WBB program objectives fit perfectly with my hopes,” Quinn said. “Studying at these three top universities on three different continents with three complementing business structures, cultures and cities would provide me with unmatched opportunities.”

An adventurous spirit, Quinn recently took a trip to Thailand, where she earned her scuba diving license. But she said the most fascinating thing she has ever done is trek up a large mountain with cross-country skis. She carried all her clothing and food supplies in a backpack, spent the night in a 300-year-old hut without running water or heat and skied down the mountain the next day.

“This was a great experience because it was like a travel back in time,” she recalled, “having to boil snow for drinking water and chop wood for heating.”

During high school, Quinn frequently volunteered at a local refugee camp that housed asylum seekers from the Middle East and Eastern Europe. She would help the children with homework, tutor them in English or simply play with them.

“Learning about these kids and the many difficult situations that they have faced, as well as encountering their unwavering happy spirits and bright smiles, has made me believe in the importance of staying optimistic and making the best out of every situation,” she said.

Quinn is excited about sharing her newest adventure with the international WBB cohort.

“I am confident that my fellow WBB students and I will become close friends within the first few months at USC,” she said. “We are an incredibly diverse group of students that will be able to learn a lot from each other and our heritages, enabling us to adapt to whatever comes our way.”