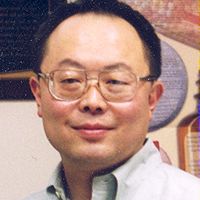 USC researcher David Ann: “By figuring out how this protein enhances cancer proliferation, we can potentially develop drug therapies to turn it off.”

David Ann, professor of molecular pharmacology and toxicology at the USC School of Pharmacy, has received a National Institutes of Health grant of nearly $1.9 million over five years to investigate a major cause of cancer cell proliferation.

“We have identified a protein that may contribute to the development of epithelial cancers,” Ann said. “By figuring out how this protein enhances cancer proliferation, we can potentially develop drug therapies to turn it off.”

The protein in question – known as HMGA2 – is responsible for causing cells to split and divide rapidly.

During the embryonic stage of human development, HMGA2 levels are high to allow the fertilized egg to divide into approximately 30 trillion cells. This cell division is required to transform the fertilized egg into a viable embryo.

“But we found high levels of HMGA2 in the presence of specific types of cancerous cells. This shows a correlation between an increase in HMGA2 and the development of certain epithelial cancers.”

Roughly 80 percent of human cancer develops in the breast, prostate, colon and skin, which contain a large amount of epithelial cells, according to Ann.

“HMGA2 is used as a marker for epithelial cancers and can help determine if tumors are malignant,” he said.

Along with associate professors of medicine Zea Borok and Kwang-Jin Kim, Ann will utilize mice as models to understand the relationship between HMGA2 and the development of human cancer.

The first step is to create an engineered gene that will cause an overproduction of HMGA2 and inject it into several mice embryos.

Embryos are implanted in the uterus of a surrogate mother to derive mice born to produce higher levels of the protein, particularly during adulthood.

“We hypothesize that the mice who overproduce HMGA2 during adulthood will exhibit a higher number of epithelial cancers compared to control mice,” Ann said.

“Our goal is to use this discovery to create effective preventive treatments against human cancers.”