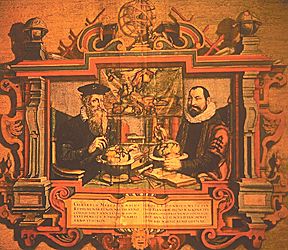 More than 100 USC Renaissance Scholars — recognized for accomplishments in widely varied academic program combinations — will be honored at the USC Senior and Graduate Recognition Ceremony on Thursday, May 10, in Bovard Auditorium from 1 to 2:30 p.m.

In addition, 19 of the scholars who won $10,000 Renaissance Scholar Prizes will be recognized individually at the ceremony.

To win the scholar designation, students submitted their course of study to a faculty panel, which evaluated it for breadth and depth. Students who were certified as meeting the criteria received the Renaissance Scholar honor after graduating within five years of undergraduate study with an overall grade-point average of 3.5 or better and a GPA of 3.5 or better in their major and minor course requirements; 137 Renaissance Scholars will receive the honor this year.

To be considered for the prize, certified Renaissance Scholars in their senior year submitted faculty recommendations and an essay explaining how studies in divergent fields have advanced their intellectual, social and professional development.

All of the 2001 prize winners had double majors, ranging from print journalism and East Asian languages to biological sciences and American literature. One student had three majors.

“Our ideal is to help students develop the kind of intellectual flexibility needed for life in the 21st century that the best thinkers of the European Renaissance displayed,” said President Steven B. Sample when he launched the USC Renaissance Scholars program in 1999.

The 2001 Renaissance Prize Winners, and their majors, are:

• Neelu Arora, biological sciences and social sciences, with an emphasis in economics.

• Grace Fong, piano performance and public policy and management, with a minor in business.

• Caroline Hennen, international relations, with a minor in natural sciences.

• Geoff Keighley, business administration, with a minor in philosophy.

• Fereshteh Kermanshahi, biological sciences, with a minor in gender studies.

• Ashwini Lakshmanan, biological sciences and social sciences, with an emphasis in economics.

• Natalie Moniaga, biological sciences, with a minor in gender studies.

• Monika Roy, comparative literature and biological sciences, with a minor in cinema-television.

• Achi Yaffe, business administration, with a minor in natural sciences.

FOR MORE INFORMATION on the certification process, students can go to the Renaissance Scholar Web site at www.usc.edu/renaissance or contact Katharine Harrington, director of undergraduate programs, at 740-1741. Students can apply for certification on-line at the Web site.

Renaissance Scholars To Be Saluted