Jodie Gates, an internationally renowned dancer, choreographer and educator, has been named vice dean and director of the new USC Kaufman School of Dance. Gates, who will hold the academic title of professor, will begin her position in August.

USC Kaufman, which is the university’s sixth school dedicated to the arts, was established in November by a gift from Glorya Kaufman, a visionary Los Angeles philanthropist and patron of dance. Her gift provides an initial endowment for the school and will fund construction of a dance building that will bear her name.

The first school to be established through such an endowment at USC in nearly 40 years, USC Kaufman joins preeminent schools in architecture, cinematic arts, dramatic arts, fine arts and music, collectively comprising one of the strongest arts offerings in the United States. The university has nearly 6,000 undergraduate and graduate students pursuing degrees in the fine and performing arts.

“Glorya Kaufman’s transformational gift has added the beauty of dance to USC’s expressive range,” said Elizabeth Garrett, USC provost and senior vice president for academic affairs. “With the addition of celebrated artist Jodie Gates to the Kaufman School’s leadership team, the pieces are in place to complete USC’s arts mosaic.”

Currently a professor of dance at the University of California, Irvine, Gates was recently honored by the American Association of University Women for her dedication and contributions to the field. She is recognized as founder and artistic director of the Laguna Dance Festival, for her choreographic work for professional companies and for directing educational programs at the university level. 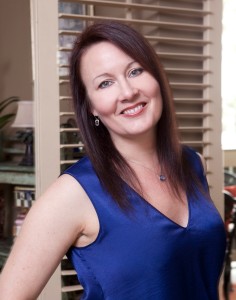 Jodie Gates will begin her position at USC in August. (Photo/Ralph Palumbo)

Robert A. Cutietta, dean of USC Kaufman and the USC Thornton School of Music, said he was thrilled with the appointment.

“Jodie has a stellar artistic and educational background, but what impresses me the most is her vision for how and why dance education needs to adapt to the future,” he said.

“Jodie Gates is the perfect person for the job. She is keenly aware of the unique needs of a dancer and the importance of a first-rate curriculum,” Kaufman said. “As a respected choreographer, she is widely celebrated for her work, and her skills as an administrator and teacher mean she will be an invaluable asset to the Kaufman School.”

Said Gates: “This truly unique opportunity to imagine the artist of tomorrow and invent a new school of dance on the West Coast is monumental and a mission I have been preparing for my entire life. I am dedicated to leading this pioneering school of dance with integrity, excellence and a bold sense of innovation.”

A former principal ballerina with the Joffrey Ballet, Frankfurt Ballet, The Pennsylvania Ballet and other leading companies, Gates has toured throughout North and South America, Mexico, Russia, Asia, Australia and Europe. More recently, she has been an invited speaker nationally and abroad on choreographic process and influential choreographers of the 20th and 21st centuries.

She has created more than 40 works over the past decade. American Ballet Theatre (ABT) recognized Gates for her choreographic excellence after she was named the Altria/ABT Fellow in 2009. She is the 2012 recipient of the Jerome Robbins New Essential Works Program for her ballet Embellish, created for Colorado Ballet.

She frequently serves as a guest master teacher for professional dance companies internationally and in her current position at UC Irvine teaches ballet technique, classical and contemporary repertory, pointe technique and choreographic composition.

The Laguna Dance Festival, which Gates founded in 2005, brings dance companies from across the United States to various venues throughout Laguna Beach, Calif. The nonprofit organization has received national attention from Dance Magazine, Smithsonian and Pointe magazines, as well as stellar reviews from the Los Angeles Times and Orange County Register.

USC Kaufman will admit its first students in fall 2015. Students will pursue a newly developed Bachelor of Fine Arts curriculum. The school will be housed in the new Glorya Kaufman International Dance Center, which is currently in the design process and will be completed in time to welcome the first students.

For this USC Roski alum, a backyard is as good as an art gallery

With the design school’s galleries closed due to COVID-19, artist Josh Beliso got creative and took advantage of his family’s outdoor space.