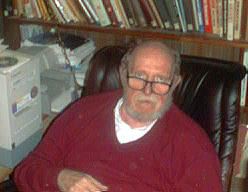 Pioneering University of Southern California biogerontologist Bernard Strehler, whose life’s work sought to solve the aging puzzle, died of a stroke May 13 in Agoura, Calif. He was 76.

“My simple view is that aging is those things that go wrong when cells lose their ability to divide,” said Strehler in an interview in 1981. “If we could replace our cells as rapidly as they deteriorate, we could probably live very long, if not indefinitely.”

Strehler’s groundbreaking book, “Time, Cells and Aging,” left its mark on an entire generation of researchers who followed him into the field.

“His book, Time, Cells, and Aging, inspired me as a graduate student, and huge numbers of other scholars and scientists to take this new field of biogerontology seriously,” said USC neurobiologist Caleb E. Finch, who knew and worked with Strehler for 30 years. “He really was one of the earliest intellectual leaders in American biological gerontology.”

As a graduate student in 1949, before entering the field of aging in 1956, Strehler was the scientist who discovered firefly luciferin 2, the material that gives off light in fireflies after it is combined with ATP.

The young scientist wrote a celebratory poem to mark the occasion:

“A chance, great luck, and source of light distilled in ivy hall

Discovered we, green glowed the juice, in mixture now defined

An omen of bright things to be, if heed the distant call

Discover worlds that never were, give sight to all the blind.”

In 1951, he and fellow researcher William Arnold discovered that all green plants are bioluminescent as a result of the reversal of the first enzymatic steps in photosynthesis. And his discoveries continued.

“Most of my scientific publications are unknown to the present generation of scientists, and many of my discoveries during the past half century are unknown even to the Encyclopedia Britannica,” wrote the researcher.

In 1967, Strehler joined the USC faculty as a professor of biology and director of biological research at the USC Ethel Percy Andrus Gerontology Center, which he helped to organize. He published more than 250 papers on bioluminescence, photosynthesis, biological aging, developmental mechanisms, biochemical genetics, the origins of life, genetic instability and neurobiology, neuronal circuitry and coding.

Before joining USC, Strehler was section chief of the National Institutes of Health’s gerontology branch at Baltimore City Hospital for 10 years. From 1953 to 1956 he was an assistant professor at the University of Chicago, and from 1950 to 1953 he was a biochemist at the Oak Ridge National Laboratory.

Strehler was also awarded the Fritz Verzar prize in 1978 for his contributions to the field of gerontology, including his role in helping to establish the National Institute on Aging and his service as editor in chief of the journal Mechanisms of Aging and Development. The gold medal is awarded upon recommendations from leading gerontologists in Hungary, Germany and Austria.

Strehler was the founder of the Foundation for the Improvement of the Human Genome, dedicated to the amelioration of the “inherited deficiencies in [human] function [that] cause immeasurable amounts of unnecessary suffering.”

In 1960 and 1970, Strehler served as a member of the White House conference on Aging. In 1956 he served as a speech writer for Estes Kefauver, democratic candidate for vice president. Kefauver and presidential candidate Adlai E. Stevenson lost to President Dwight D. Eisenhower and Vice President Richard M. Nixon.

Strehler was also a published poet. He performed most of the Gilbert and Sullivan operas’ baritone leads, directed a number of choirs and composed music for his wife, Theodora, and friends. Frank Sinatra was one of his favorite performers.

“All in all, I’ve had a most lucky life!” said the scientist on his Web site, http://www.fihg.org/founder1.htm.

Born in Johnstown, Penn., in 1925, Strehler was educated in Johnstown public schools. He earned his A.B. and Ph.D. degrees in cell biology from Johns Hopkins University in 1947 and 1950, respectively.

His esteemed career in electronics and weapons research and development included serving as undersecretary of defense research and engineering in the Department of Defense.