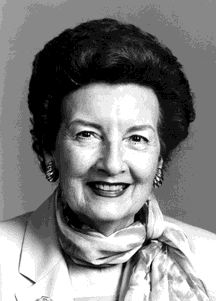 Bernice Z. Brown, a pioneer in the field of ophthalmic plastic and reconstructive surgery and the first woman to be accepted as an ophthalmology resident at USC, died on Dec. 24, 2003 in Glendale.

At the time of her death, Brown was a clinical professor of ophthalmology and fellowship director of ophthalmic plastic, orbital and reconstructive surgery at the Doheny Eye Institute. She also was a member of the board of directors of the Doheny Eye Medical Group.

Brown’s long medical career began in the early 1960s when she attended medical school after she was married and gave birth to two young daughters. At the time, her career decision was so unconventional that when she applied for an ophthalmology residency, one medical school advised her to “go home and raise her children.”

She received her bachelor of arts degree from UCLA and her medical degree from USC. After conducting her internship and ophthalmology residencies at LAC+USC Medical Center, she served fellowships in ophthalmic plastic, orbital and reconstructive surgery at UC San Francisco and the Eye Foundation Hospital in Birmingham, Ala.

Brown served as editor of the Journal of Ophthalmic Plastic and Reconstructive Surgery from 1997-1999.

Recognized for her expertise in ophthalmic plastic and reconstructive surgery, Brown was a frequent invited guest lecturer at professional organizations and meetings throughout the United States, and authored of numerous professional publications that spanned more than 30 years of her career.

An inveterate traveler, Brown carried her love of adventure into her work life. She was a key physician who helped run the Calexico Eye Clinic.

The clinic is next to the U.S.-Mexico border crossing in the Valley Orthopaedic Clinic.

Once a month, Brown and a number of volunteers—doctors and residents alike—would donate their time to care for those most in need of ophthalmic surgical care.

Her patients and colleagues have lauded Brown’s tireless work in Calexico.

She is survived by her husband Donald S. Mullins and daughters Trudy B. Brown and Melanie L. Brown.

A memorial service will be held on Sunday, Jan. 18 at 2:30 p.m. at the Ritz Carlton Huntington Hotel, 1401 South Oak Knoll Ave., Pasadena. Individuals who plan to attend the memorial service are asked to make reservations via email to trudybrown@ juno.com or by calling (323) 442-7101.

A memorial fund has been established at the Doheny Eye Institute and contributions will be used to establish the Bernice Z. Brown, M.D. Fellowship in Oculoplastics and Reconstructive Surgery.