Tamara Shogaolu, a USC School of Cinematic Arts graduate student, has been chosen as one of 18 students from across the country to receive a Luce Scholarship.

The highly competitive Luce Scholars program provides experiential learning for young Americans who will live and work in Asia. She is the university’s 15th Luce Scholar since 1975. The program’s aim is to increase awareness of Asia among future leaders in American society, particularly those students who have not spent a significant amount of time in the region. 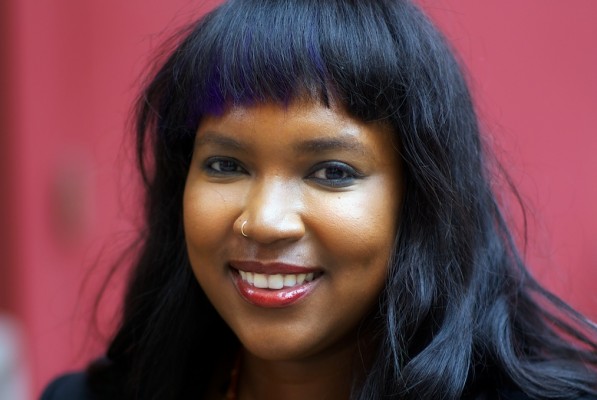 Tamara Shogaolu hopes to pursue an internship with a nongovernmental agency or with a film production company. (USC Photo/Dietmar Quistorf)

Shogaolu, who is concluding her work as a Master of Fine Arts candidate, is driven by her goal to tell stories through film and multimedia projects that inspire cross-cultural dialogue and understanding. She has worked in film, research and media in the United States, Africa, Latin America and the Middle East on both fiction and documentary projects. Most recently she worked on Chavez, a biographical film about civil rights activist Cesar Chavez.

In addition to producing and directing projects, she has worked as a consultant for various nonprofit organizations, as a development intern with Participant Media, Canana Films and Warner Bros., and as a production assistant for WE tv.

As a Fulbright Scholar in Egypt, Shogaolu co-organized the first annual Cairo Refugee Film Festival, where she designed storytelling workshops for Egyptian youth. She is currently producing and directing a short animated documentary film and an interactive media project focusing on the experiences of Egyptian women in the post-Mubarak era.

“As a filmmaker who believes in the power of films in economic and social development, I would like to learn from the rich tradition of social change media in Asia and bring what I can of it to the American film industry,” Shogaolu said. “The influence of Asian cinema on American cinema cannot be denied. … However, commercially viable films promoting social change are still rare in America.

“I am confident that this Luce Fellowship will provide me with additional skills that will strengthen me as an artist, filmmaker and leader, as well as the opportunity to learn about Asia, learn a new language and apply my leadership skills in contributing to my placement country through volunteer activities and film.”

She has conducted research on topics that range from tracking the experiences of migrant workers in the Middle East to the civil rights movement of Afro-Ecuadorians. In addition, she worked with ObjecDefy, a project that encourages people to defy the sexual harassment of women in the Middle East. Shogaolu has spent most of her life in the United States, Panama and the Middle East.

Though she will not be assigned to a particular country until May, she is hoping to pursue an internship with a nongovernmental agency or with a film production company. In recent years, Luce Scholars from USC have spent time in Thailand, South Korea and Indonesia. The Henry Luce Foundation, which awards the Luce Scholarships, was founded in 1936 by the late Henry R. Luce, co-founder and editor in chief of Time Inc.