More than 800 community members filled the Los Angeles City Hall council chambers and rotunda on Dec. 11 to show their support of USC Village, an urban revitalization project that will transform a dated retail space into a hub for the university and the community.

The crowd cheered as the City Council unanimously approved the project, the largest development of its kind in the history of South Los Angeles that is expected to bring new businesses and 12,000 jobs to the neighborhood.

“I asked for time off to be here because this is important to me and my family,” said Ana Carias, a USC Neighborhood Academic Initiative (NAI) parent. “This new center will bring jobs to the community and something nice in the neighborhood.”

Carias is one of hundreds of community members who routinely filled the City Hall council chambers during the past six months to demonstrate their support of the new center. For Carias, the vote was a victory for all of the community members who expressed their desire for neighborhood improvement.

Griselda Bonilla, who has lived in the neighborhood for more than 15 years, said she is looking forward to the new bike lanes and street lighting, since biking is her mode of transportation. Street improvements are just one of the many community benefits associated with USC Village, billed as one of the largest developments in the history of South Los Angeles.

“This is truly an investment in the community that will revitalize this section of Los Angeles,” said Aaron Aulenta, who works with the Figueroa Corridor Partnership Business Improvement District.

USC Village, a town square for the community, will feature restaurants, at least one grocery store and retail services, as well as space for farmers’ markets, festivals, outdoor concerts and a community room for public use. By far the biggest project will be the redevelopment of University Village, a dated shopping center across from campus on Jefferson Boulevard.

“[The] vote and the overwhelming community support are the result of a long-term and very strong partnership between USC and community stakeholders,” said David Galaviz, USC’s executive director for local government relations. “This process and this project would not have achieved this accomplishment without the years of outreach that has occurred.”

The list of community benefits extends to an affordable housing fund; funding for job training and job placement services for local residents; business assistance for up to 40 local small businesses; relocation assistance for qualifying existing University Village businesses; mechanisms for bringing existing businesses back to the USC Village project once constructed; a 15-percent local procurement goal; and funding for parks and community gardens.

Over a series of meetings, USC staff, civic and community leaders, local residents and parents worked with university and city officials to develop the community benefits package.

“USC Civic Engagement and Government Relations reached out to thousands of residents for input on the Specific Plan before it reached the public hearing process last year,” said Craig Keys, associate senior vice president of Civic Engagement, who emphasized that the university’s primary focus has always been students and the community. “The outreach effort included a series of open houses, public meetings and even walking door to door.”

Here are comments from some of the community members: 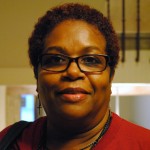 Malva Yorke, 54, of Los Angeles. Yorke grew up in one of the neighborhoods around USC and is raising her children there.

“Actually, the Village really needed an upgrade. … The project really seems like something we need in our neighborhood, so I’m for it.

And USC does give back to the community. Two of my kids have been in the NAI, [which] is a great program. I grew up in the neighborhood. … We never thought that we would be able to get into USC. And now to see my kids being on that campus every day, and they’re giving back to the community, is really, really good.

“My daughter and my son are in the NAI program, and my son — he’s already eligible to go to USC because of that program. And I’m hoping that he goes to USC.” 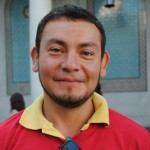 Francisco Zuniga, 35, of Los Angeles. Zuniga is with UNITE HERE, an organization that represents workers in the hotel, gaming and food service industries.

“I really think this could be a natural recovery for our whole city and at the same time help out our schools, the young people. And it’s just something very positive.” 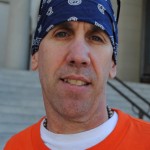 David Rauls, 50, of Los Angeles. Rauls is a plumber who recently helped to build the John McKay Center for student-athletes. 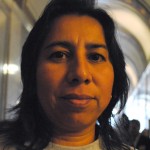 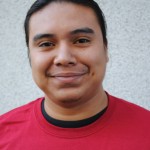 “They’ll be pumping money into the local economy — our economy. I’ve been there for 20-plus years. I love my community, and I love what USC has done for our community.

“Not only have they installed security cameras in the neighborhoods where USC students reside, but they’ve also pumped up security with … [the Department of] Public Safety and the … yellow jackets. They’ve done more than their part.”

L.A. communities of color rely on police yet are stopped and arrested at higher rates

A new USC report found evidence of overpolicing along with a steady increase in 911 calls by community members to law enforcement agencies over much of the past decade.

The joint effort with the city of Los Angeles is an effort to avoid a “twindemic” amid the COVID-19 outbreak.

The arena — home to the Trojan men’s and women’s basketball and volleyball teams — will serve as a voting site from Oct. 30 through Election Day on Nov. 3.

A nonprofit started by recent USC grads gives back to anyone who is hurt while protesting against racial injustice.