In an economic climate that has many recent college graduates looking for the stability of a regular paycheck, a team of five recent USC grads decided to forgo the corporate route entirely. They’ve forged their own path through a startup.

“You can learn a lot more in a startup culture than you can in a corporate environment,” said Eunice Noh ’12, the team’s designer.

Many ambitious young entrepreneurs dream of running their own businesses, but this team, headed by USC Marshall School of Business alumnus Tim Sae Koo ’12, had the advantage of significant mentoring through the Lloyd Greif Center for Entrepreneurial Studies and the USC Stevens Center for Innovation.

Koo, who majored in entrepreneurial studies, got his start when he participated in the institute’s 2011 Student Innovator Showcase, a daylong demonstration and competition for students to “fast pitch” their ideas to investors. Although he didn’t win top honors, he scored an even bigger win. 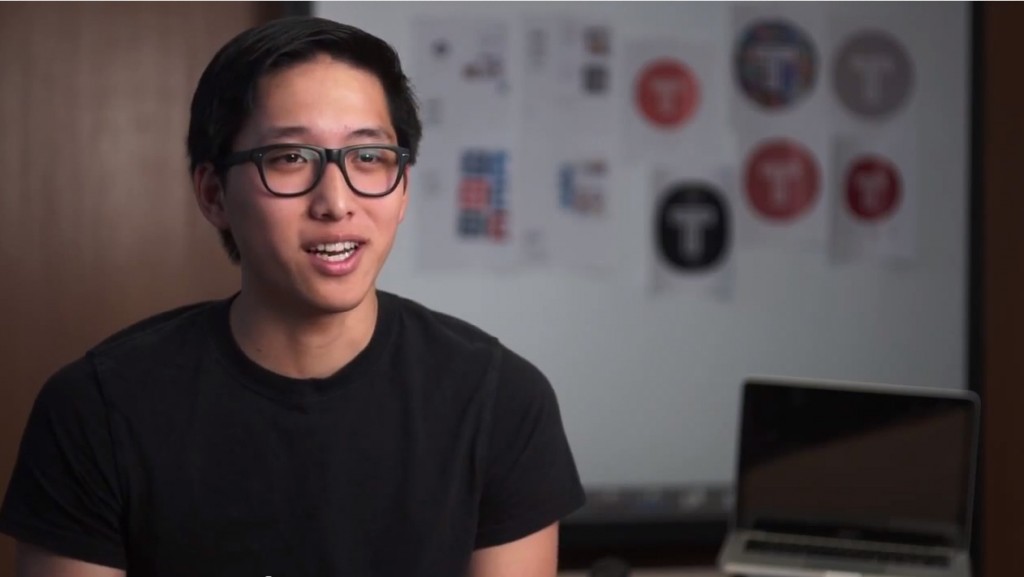 Through several iterations of testing, development and design, the team — composed of two engineers from the USC Viterbi School of Engineering, two business majors from USC Marshall and one designer from the USC Roski School of Fine Arts — pitched a product to Bill Gross, CEO of the Pasadena, Calif.-based startup engine Idealab.

It netted an initial startup investment of $350,000 and working space at the Idealab offices. After endless hours of building, coding and pitching, the team’s final product, Tint, is rolling out its launch. Tint aggregates social media content — Instagram, Pinterest, Facebook and Twitter — into a real-time feed that can be embedded into websites.

The process of getting to this final stage has been equal parts exhilaration and ego bruising.

“You have to get used to having your ideas challenged, and smashed down a lot,” said Willy Wang ’12, the team’s business developer.

For these five Trojans, however, the ride is well worth it, and each has even turned down other, more lucrative, corporate job offers to pursue their startup dreams.

“We are doing what we want to do, and what we are really passionate about,” said Nikhil Aitharaju MS ’12, the team’s back-end developer.

Koo, the project’s originator, already sees the value of what he and the team have discovered in this process: “USC really did prepare me for the biggest lesson that I’ve taken away, which is to go out there and network, go to USC events, keep pushing yourself, and you’ll get to where you want to be.”

Anatomy of a USC startup