Hortensia Amaro will serve as Dean’s Professor of Social Work and Preventive Medicine, in addition to working with the USC Office of the Provost as associate provost for community research initiatives. Jeremy Goldbach and Ben Henwood were brought on board as assistant professors.

“I am delighted to welcome Hortensia Amaro, a leading researcher who studies complex social and behavioral problems, and Ben Henwood and Jeremy Goldbach, both bright and promising scholars interested in critical social issues,” said Haluk Soydan, director of the school’s Hamovitch Center for Science in the Human Services. “They were strategically selected and recruited in our pursuit of advancing excellence of our research clusters and promoting betterment of disadvantaged communities, locally and nationally. Furthermore, they are all well equipped to contribute to research on health disparities among Latino populations, especially in urban settings, such as Los Angeles.”

Amaro previously served as associate dean of the Bouvé College of Health Sciences at Northeastern University, where she founded and directed the Institute on Urban Health Research. During the past three decades, she has centered her research on issues surrounding substance abuse treatment, HIV prevention, trauma and health disparities among disenfranchised populations.

She traces her interest in intervention research to her time as a young investigator in Boston working on a study on drug use during pregnancy. The project took place during the onset of the AIDS epidemic, and Amaro interviewed pregnant drug users and female sex workers who had been diagnosed with HIV.

“It became very clear to me that these women faced a host of problems in their lives, and HIV was probably number 20 on the list,” she said. “They were in abusive relationships, they were homeless, they were close to losing custody of their children and they had significant mental health problems that stemmed from abuse, both in their childhood and from their life on the streets.”

During the following years, Amaro worked with the city of Boston to develop residential treatment programs for Latina women and their children, interventions for people entering the community after incarceration and outpatient treatment programs for women. She is interested in expanding that work to address the economic and structural factors that negatively impact the health and life opportunities of families in the neighborhoods near USC, as well as other low-income communities in Los Angeles.

“I’ve been very impressed with the initiatives that USC, both in social work and preventive medicine, has pursued, such as addressing health disparities in Latino and African-American communities and training the next generation of researchers, who will be equipped to contribute to that knowledge base,” she said.

Amaro was raised in Los Angeles from the age of 10 and volunteered as a tutor in schools with large Latino populations. As an undergraduate at the University of California, Los Angeles, where she eventually earned a doctorate in psychology, she started a bilingual and bicultural preschool near USC.

“It felt like a full circle for me to come back,” she said. “I was very engaged in the Latino community, and the opportunity to come back and do work that is largely focused on that community and other disadvantaged populations, such as African-Americans in Los Angeles, was very appealing.” 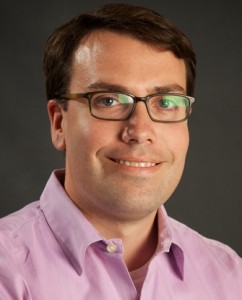 Henwood was also drawn to USC due to its proximity to the epicenter of many serious social issues, particularly homelessness. The university’s urban location made it a perfect fit for the young researcher, who is interested in the complexities of providing services to homeless individuals with serious mental illnesses.

As an assistant professor at USC, Henwood plans to build on his experiences as a master’s and doctoral student at New York University, as well as the time he spent as the clinical director for a housing agency in Philadelphia.

“Obviously, Los Angeles — and California in general — has the biggest homeless population in the United States,” he said. “I want to continue the work I’ve been doing in New York and Philadelphia, but apply it on a much larger scale.”

Henwood is a strong believer in the housing-first model, in which clients are provided immediate access to housing and then receive services for other mental or physical health needs using an integrated care model.

He plans to work with the school’s research clusters on homelessness and serious mental illness, given that approximately one-third of the chronically homeless population also struggles with serious mental health problems. However, Henwood said it is critical not to simply focus on mental health and ignore other issues.

“Sometimes I think there is a bit of an assumption that mental illness is the cause of homelessness,” he said. “Of course, it’s a more complicated relationship than that. There are bigger social and economic structures that also need to be considered.”

He cited the School of Social Work’s reputation for strong scholarship and a solid research infrastructure that supports innovation as one of the key factors in his decision to accept a professorship. 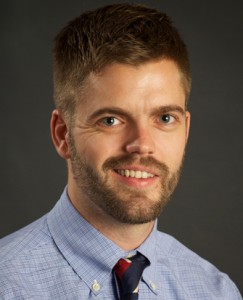 For Goldbach, a major draw was the school’s interest in emerging technologies and investment in faculty development. He plans to specialize in HIV-risk behavior and substance abuse prevention, with a particular focus on Latino and LGBT populations.

After completing undergraduate studies at the University of Rochester and earning master’s and doctoral degrees from the University of Texas at Austin, Goldbach spent time as a community organizer focused on improving substance abuse prevention efforts for adolescents through community-level change.

He recently developed an intervention that targeted HIV-risk behavior and substance use in Latino youth, and he plans to launch a three-year efficacy study this year with funding pending from the National Institute on Minority Health and Health Disparities.

Goldbach is also interested in measuring stress among LGBT youth and developing related assessment instruments, an area he said has been relatively neglected in the past but is starting to gain interest.

“It’s really an exciting time to work with that population,” he said. “People are starting to realize that these kids are experiencing a lot of negative outcomes. We certainly need to better understand what their needs are and how we can make their experience better.”

Social work grads make a career out of assisting veterans

Graduates from the USC Suzanne Dworak-Peck School of Social Work have found not only jobs but personal satisfaction working with service members and their families.

The result could increase understanding of who is at greater risk in the context of the pandemic and who may benefit most from enhanced and targeted interventions.

Social work students bring awareness to the conflict in Armenia

Three Armenian students are using the skills they learned at the USC Suzanne Dworak-Peck School of Social Work to shed light on the conflict and spark meaningful change.