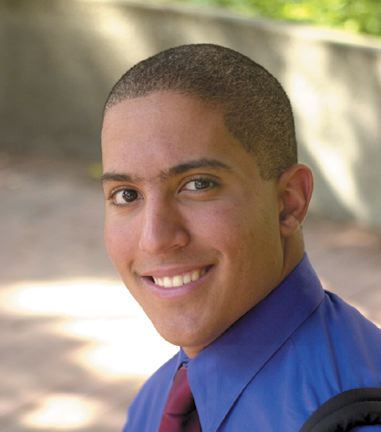 Paul Miller is on a roll.

The USC senior was awarded the prestigious Truman Scholarship last year and recently got word that he had been selected for two others – the Marshall and George J. Mitchell scholarships.

Faced with an enviable decision, Miller, 21, chose the Marshall Scholarship for up to three years of study, free of charge, at Oxford University. He will leave in October 2002 to study for a master’s degree in European history. Miller is the fourth USC student to receive the scholarship, and the second in three years.

The Walnut Creek native, who has a 3.88 GPA, will graduate from USC in May with bachelor of arts degrees in political science and psychology. His ultimate goal is to run for office.

“Paul is a great person whose energy is contagious,” said Brian Lickel, an associate professor of psychology at USC who was one of Miller’s references as he applied for the scholarships. “He thinks both clearly and creatively about ideas, but what is so great about him is that he wants to connect the ideas to events and issues that matter in the world.”

During his undergraduate years, Miller has taken the lessons learned in the classroom beyond the walls of the university.

“My initial studies in political science made me acutely aware of the inequality between members of the university population and members of the surrounding community,” Miller wrote in his essay for the Marshall Scholarship.

His discovery that there was an “over-concentration” of liquor stores in South-Central Los Angeles, for example, motivated Miller to organize a grass-roots public awareness campaign about the issue. That ultimately established a dialogue between students, the community, government officials and the media.

Miller’s other projects included starting a youth mentoring program to reduce local delinquency rates and launching an effort to increase print journalists’ awareness about the use of negative words when describing Muslims.

“My passion for applying education to public service may have started with the lessons of my grandfather, who fought tirelessly for public school integration during the ‘60s,” Miller wrote. “He felt that it was only through education that we could progress as a society.”

In the long run, Miller said, he plans to use his education to make a difference in society.

With “just enough African to receive harassment from local law-enforcement officials and just enough of every other culture to be truly accepted by none,” Miller said, his mixed-race heritage made him more aware of “certain strains within society” that he wants to change.

“Regardless of what initially inspired me, public service is now an enduring and compelling part of my life, and it is something that I will continue to do in all my future endeavors,” he wrote.

The Marshall Scholarships, worth about $50,000 each, were established in 1953 by the British as a gesture of thanks to the American people for their help after WWII under the Marshall Plan. Students are chosen for leadership potential, community involvement, academic achievements and breadth of interests.

Among the more than 1,000 Americans who have been awarded the scholarship are former Interior Secretary Bruce Babbitt, U.S. Supreme Court Justice Stephen Breyer and Pulitzer Prize-winning author Tom Friedman of the New York Times.