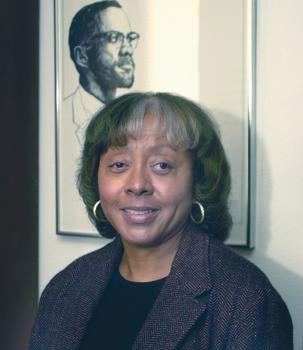 Cynthia Hudley, an expert on peer aggression, achievement motivation and peer relations, has joined the USC Rossier School of Education after a decade at UC Santa Barbara.

As a longtime school teacher, Cynthia Hudley got a firsthand – and often troubling – look at the consequences of children’s aggressive behavior.

In her daily classroom experience, she found that children were missing far too many instructional days on suspension for bad behavior. Naturally, they then fell seriously behind in their school work and became even more disruptive.

“It was heartbreaking to see,” she said. “I always wanted to study this, to find the root of it.”

Today Hudley is one of the country’s leading experts on peer aggression, achievement motivation and peer relations. In the fall, Hudley joined the USC Rossier School of Education as a full professor after a decade at UC Santa Barbara.

“I had no urgent desire to go into higher education,” she said. “It just sort of happened. But I’m thrilled it did.”

Hudley’s transition from public schools to higher education came on a rainy night in 1987 when a recruiter from UCLA urged a few top teachers to pursue their doctorate degrees. Years earlier, Hudley had earned her bachelor’s degree in sociology from UC Santa Barbara and her master’s degree in special education from Pepperdine University.

“I thought, ‘Why not?’ And signed up. People couldn’t believe it. Here I was, 39 years old and heading back to graduate school,” said Hudley.

Four years later, Hudley was valedictorian of her Ph.D. class at UCLA. It wasn’t long before she was offered an assistant professor position at UC Santa Barbara.

“I love research – it’s the best part of the job,” she said. “And I definitely believe that being a classroom teacher helps me in my research and with my undergraduate courses.”

Hudley’s latest research project, which is slated for publication this spring in Social Psychology of Education, investigates how middle school students perceive themselves and their peers of various races.

“I’ve always been interested in achievement motivation,” Hudley said. “How do children think about their social surroundings and how do they use those social perceptions?

“What I’ve found is that ethnic-minority boys believe they don’t work as hard and don’t experience as much benefit in their lives due to school achievement as white kids. What this says to me is that stereotypes are extremely pervasive and these peer beliefs make it even harder for high-achieving minorities.”

Hudley is also an expert on peer aggression. She has developed an intervention program to quell violence among elementary school children.

“I’m not a fan of just telling kids to stop and count to 10,” she said. “I’m interested in helping kids change their automatic thought processes when something happens to them.”

For example, if a child is bumped, how should he react? “Instead of automatically lashing out, treat the situation as if it were an accident,” Hudley said. “We work to instill alternative ways of responding, such as saying something like ‘Hey, what did you do that for?’ We know that kids will react; we just want them to make an appropriate reaction.”

After a semester at USC, Hudley is starting to feel comfortable on campus. She knows the area – she grew up a few miles from USC in Leimert Park – and today she lives with her husband in a historic home in the West Adams District.

“I must say it’s nice to be back in Los Angeles. It definitely feels like home,” she said.

Karen Symms Gallagher, dean of the Rossier School of Education, is pleased to have Hudley here. “Having someone of Dr. Hudley’s stature, with her groundbreaking research, significantly advances our focus on the issues and challenges of urban education,” she said.