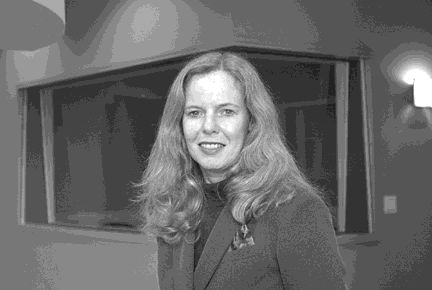 Brenda Barnes, who has transformed KUSC into a financially stable and well-respected all-classical music radio station, has been named president of the station, it was announced last week. She will also remain KUSC’s general manager, a post she has held since 1997.

When Barnes took the helm of the University of Southern California station four years ago, it was in debt and losing listeners due, in part, to a failed experiment in eclectic programming. Barnes reset the station’s course, returning to a tried and true all-classical music format. Under her leadership, the station has doubled the power of its broadcasting signal, increased its membership and steadily rebuilt its audience.

“Brenda Barnes accomplished in four years what we hoped she would do in 10,” said Martha Harris, senior vice president for university relations at USC.

“She refocused the station on producing superb classical music, made the station financially viable and recruited an outstanding board of councilors. Now she is turning her attention to refining a classical music national service in collaboration with Colorado Public Radio and in developing important partnerships with Southern California arts organizations to help raise the profile of arts and culture in our region.”

In December, KUSC started broadcasting daily arts reports and, starting this month, will present weekly broadcasts of Los Angeles Philharmonic performances. The 13-week series will be heard each Sunday at noon in the Southland and broadcast to 133 stations across the United States.

Barnes is also establishing stronger ties with the local business community while still retaining the station’s close connection with USC. KUSC’s board of councilors includes Robert F. Erburu, retired chairman of the Times Mirror Co.; William E.B. Siart, president and CEO of EXED LLC, an educational services company; Frank Cruz, board member and former chairman of the Corporation for Public Broadcasting; Robert S. Attiyeh, board chairman of the Colburn School of Performing Arts in Los Angeles; and Martha Harris, senior vice president at USC. Siart and Cruz are also trustees of the university; Siart and Attiyeh are on the board of the L.A. Philharmonic.

Barnes, who at one time trained to be a professional musician, started her career in public radio as music director of KTPR-FM in Fort Dodge, Iowa. Two years later, she was promoted to general manager/program director of that station. She also worked for six years as general manager of WMRA-FM in Harrisonburg, Va.

From 1996 until she came to USC, Barnes was president and general manager of classical WGUC-FM in Cincinnati. Under her leadership, WGUC’s audience ratings improved by more than 50 percent, membership for the station increased 16 percent and individual contributions increased 10 percent.

She is chair of the board of the Classical Public Radio Network, which she co-founded, and a trustee of the Los Angeles County High School for the Arts Foundation.