All 54 graduates of USC’s Neighborhood Academic Initiative (NAI) program, an intensive program serving public school students from the university’s neighborhoods, will continue their education this fall.

Twenty-six of the graduates will attend USC on a full-tuition scholarship, with more headed for other top universities around the country, including Harvard University, the United States Military Academy at West Point, Morehouse College and University of California campuses.

The program’s students, many the first in their families to attend college, spent six to seven years coming to USC’s campus for early-morning math and English classes and after school tutoring during the week and daylong Saturday classes.

“To date, 695 South L.A. students have graduated from the NAI program and gone to college — that’s huge in our community,” said Kim Thomas-Barrios, NAI’s executive director. “NAI works because we provide the academic rigor every child needs. We bring them to the USC campus to learn math and English in a university setting, where many never thought they had a chance to attend.”

The NAI is a seven-year, pre-college, comprehensive, educational enrichment program operated by USC Civic Engagement. NAI prepares low-income, minority students living in the neighborhoods surrounding USC for success at a college or university. Those who complete the program, meet USC’s competitive admission requirements and choose to attend USC, are awarded a four-and-a-half-year full-tuition scholarship.

Over the past 15 years, 99 percent of NAI graduates have enrolled in secondary education programs, with 83 percent enrolling as freshmen in four-year colleges. More than one-third of NAI graduates during that time attended USC.

NAI also boasts a Family Development Institute that assists parents in supporting their college-bound child with workshops and training on various issues, such as financial literacy and college retention.

• Twin brothers Arnulfo and Jesus Moran will be the first and second in their family to attend college. Arnulfo will attend the United States Military Academy at West Point and will major in mechanical engineering. Jesus will attend Harvard University (the first to be accepted to Harvard in NAI’s 20-year history) to study political science.

• Juan Ramirez will attend USC and major in global health with aspirations to become a pediatrician. His father’s battle with cancer only increased Ramirez’s drive to attend college and work toward a career in medicine. 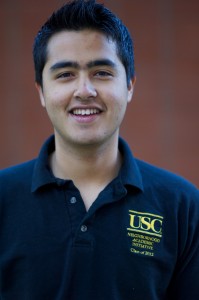 • Viviana Padilla, a first-generation college student, will attend USC. As a volunteer at both a children’s hospital and senior center, Padilla found where she could make a difference. She’ll be majoring in neuroscience and forensic psychology. 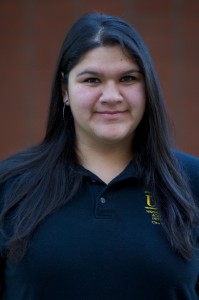 • Jessica Rodriguez will attend USC. She was senior captain on her high school robotics team, participated in USC’s MESA program and attended NASA’s Summer of Innovation Camp — all while mentoring younger students. Rodriguez will major in biology and plans to become a pediatrician. 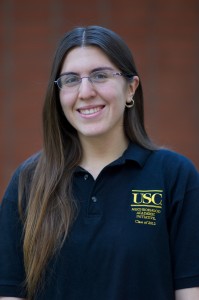 • Lizette Zarate was part of the second graduating class of NAI in 1998. She earned her bachelor’s degree from USC and is finishing her doctorate in education at Loyola Marymount University. She is writing her dissertation on NAI as she oversees the NAI Saturday Academy, where more than 600 students receive six hours of intensive instruction in math, science and English.

“I’m not that special around here,” Zarate said. “Our objective is to ensure all our kids go to college and they all do — becoming lawyers and doctors and such — all from the inner city representing NAI.”

• Kinder to College — This year, NAI started an innovative new program to get boys reading by the third grade. About 50 kindergarteners from the USC Family of Schools spend Saturdays learning how to read without using textbooks. Instead the focus is on activities where reading leads to rewards, such as instructions on creating a lava lamp with Alka Seltzer and food coloring.

While the kids play to learn, the parents are mentored on child development by Sean Taitt, a bilingual program manager who helped develop the curriculum.

The program, funded in part by a donation from Judge James “Jimmy” Reese ’46, will follow the boys all the way through sixth grade, when they would transition into the NAI program.

President’s Leadership Circle honored for giving back to the community

The circle — USC faculty and staff members who pledged at least 1% of their salaries to the university’s Good Neighbors Campaign — has helped nonprofits stay up and running during the COVID-19 pandemic.

Through photojournalism, young women document injustices and reasons for hope in L.A.

Partly funded by a grant from the USC Good Neighbors Campaign, the Digital Promotoras program helps students tell the local stories that matter to them.

Elementary students dance like no one’s watching as they step into their virtual studio, taking part in a key program that’s expanding during a tough time.

The grants support local nonprofits and programs focused on food and housing insecurity, along with closing the digital divide for remote learning students.