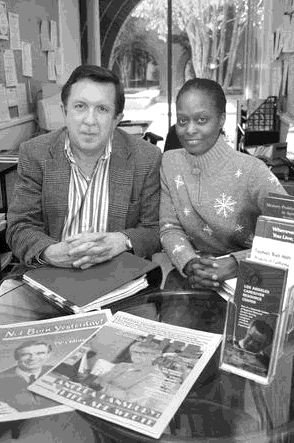 A $1 million grant from the California Department of Mental Health has allowed the Los Angeles Caregivers Resource Center to open three satellite offices in underserved communities across the county.

Headquartered at USC’s Leonard Davis School of Gerontology, LACRC is part of a statewide system of 11 nonprofit caregiver resource centers whose official mission is to help families and communities master the challenges of caring for adults with brain impairing conditions, such as Alzheimer’s disease, stroke, Parkinson’s and traumatic brain injury.

The satellite offices in South Gate and the San Gabriel and Antelope valleys have significantly extended the center’s ability to help those communities, according to LACRC executive director Bob Knight.

“These were community outreach programs that we’d wanted to do for quite some time,” said Knight, who holds the Merle H. Bensinger Professorship in Gerontology and is a professor of psychology and counseling psychology. “They are largely working-class and impoverished communities, and have typically been neglected in the course of social services planning. For whatever combination of historical reasons, a lot of the services for caregivers have ended up in West L.A., Pasadena and Long Beach.”

In Los Angeles County, about 15 percent of people over the age of 60 have dementia and require care, said Donna Benton, director of LACRC and an assistant research professor of gerontology. About 80 percent of those receive the care they need from their families. Caregivers frequently live with a great deal of associated stress.

“Generally, people who are caring for older adults with dementia have a lot of emotional distress,” said Benton. “They have higher rates of anxiety and depression than other people, and there’s some evidence for health effects as well, including depressed immune system functioning.”

According to Knight, “It’s easier to build relationships, to connect with other service agencies, and to do community education and other outreach activities if you’re physically present in the community.”

Many working people find it difficult to travel across town to USC, he said. “And for us, it’s practical from an administrative and staff standpoint. It was almost as difficult for us to keep commuting out from USC to the communities we wanted to serve better,” Knight said.

LACRC provides a range of services to assist and educate people who must take care of aged family members with dementia. They include:

• On-site consultation – assessing the home living situation, advising caregivers on how best to delay institutionalization for their family members and putting them in touch with community support resources.

• Providing assistance to allow caregivers to take personal time off, such as helping to hire respite workers or arranging for adult day care.