The USC School of Theatre, known for its notable alumni and faculty, will become the USC School of Dramatic Arts, effective July 1. The new name better expresses the school’s aim to prepare its students for a future that embraces many different forms of dramatic expression and platforms.

“Theatre is and will continue to be our foundation, but we are continually adjusting to the changing nature of the art form,” Dean Madeline Puzo said. “As theatre artists, we may not create new technology, but we have always quickly and elegantly adopted it to extend our reach as storytellers. Changing our name to the USC School of Dramatic Arts better reflects the reality of how we are evolving to prepare our students for a future that embraces varying forms of dramatic expression.”

USC provost and senior vice president for academic affairs Elizabeth Garrett said: “As increasingly diverse modes of performance and exhibition find expression in the dramatic arts, a broad range of new opportunities will emerge. In taking on a name that reflects the practice in a modern context, the USC School of Dramatic Arts firmly establishes itself at the forefront of this exciting transformation.”

The school offers B.A., BFA and MFA programs for actors, writers and designers in a conservatory environment, along with the full academic experience found only within a major research university, to prepare students for careers in the dramatic arts. The school’s faculty consists of educators who also work regularly in the theatre and entertainment industries.

The vast majority of the school’s graduates work professionally as actors, writers, directors, designers and producers. In addition to a strong theatrical training program, the school provides opportunities for students to train for the camera, prepares them for voice-over work and offers audition workshops with leading casting directors to broaden the knowledge, skill and choices graduates have as they begin their careers. 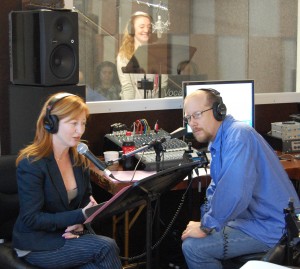 USC students were floored when three-time Tony winner Andy Blankenbuehler stopped by an online class to teach them a few subtle moves.