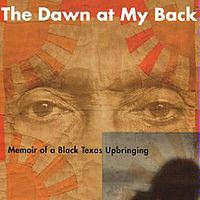 The interactive DVD-ROM was chosen over seven other finalists.

The Labyrinth Project, an art collective specializing in interactive narrative at the USC Annenberg Center for Communication, has won the jury award in the new forms category at the Sundance Online Film Festival.

“The Dawn at My Back: Memoir of a Black Texas Upbringing,” an interactive DVD-ROM produced by the Labyrinth Project in collaboration with documentary filmmaker Carroll Parrott Blue, was chosen over seven other finalists, SOFF officials announced on Jan. 24.

Expanding on Blue’s memoir published by University of Texas Press (2003), this DVD-ROM was co-directed by Blue and Kristy H.A. Kang, who both were honored at the Sundance awards ceremony.

The interface design was inspired by a quilt created by Blue’s great-grandmother, a slave and master quilt maker. It enables users to pursue their own pathway through an array of interwoven stories.

“Receiving this award is truly an honor for all of us who worked on ‘The Dawn,’” said Marsha Kinder, Labyrinth executive producer and project leader.

“We are inventing a new kind of interactive storytelling, one that is both experimental and emotionally compelling,” she said.

The online festival, which runs from Dec. 23 to Feb. 15, features 30 submissions divided into three categories: animation, short subject and new forms gallery. This is the first year the prizes have been awarded by jury selection.

“The Dawn at My Back” was one of two Labyrinth DVD-ROM submissions to reach the final round. “Tracing the Decay of Fiction: Encounters With a Film by Pat O’Neill,” directed by O’Neill and Labyrinth team members Kang and Rosemary Comella, was the other.

For more on the Sundance Online Film Festival, go to: http://www.sundanceonlinefilmfestival.org.