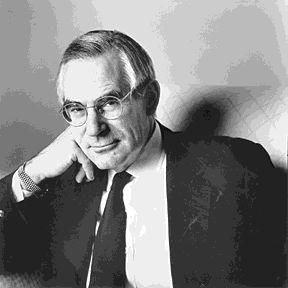 A 1993 review in the New York Times, his former employer, noted that “Mr. Halberstam retains, to a remarkable degree, the gut journalistic instinct of being interested in anything and everything, and a generosity that compels him to share the wealth.”

His most recent work, “War in a Time of Peace: Bush, Clinton and the Generals” (Scribner, 2001), analyzes the previous two administrations and their roles in foreign affairs. Several reviewers noted that the last page, which mentioned the possibility, well before Sept. 11, of a terrorist attack, was positively eerie.

“It’s common sense,” Halberstam told the Boston Globe more than a month after the attacks. “It’s something we have to live with. We were sort of all hoping it wouldn’t happen, but it did happen.”

As an undergraduate at Harvard, Halberstam worked for the Harvard Crimson and spent summers at the Hartford Courant.

His first job was as the sole reporter for the Daily Times Leader in West Point, Miss. From there, he went to the Nashville Tennessean and, in 1960, he landed a job as a reporter for the New York Times.

Halberstam was sent to Vietnam as a foreign correspondent for the Times in 1962; it was there that he started to carve a name for himself. He was one of the few American journalists who dared to question the United States’ involvement in the war, an intellectual leap that was rewarded in 1964 with the Pulitzer Prize – an honor he shared with Malcolm W. Browne, then of the Associated Press.

In 1972, Halberstam further explored the people and policies that led to the Vietnam War in “The Best and the Brightest.” He followed with other books that combined a journalist’s curiosity and knack for storytelling with a historian’s attention to detail.

They include: “The Children,” about the birth of the civil rights movement; “The Summer of ’49,” about that year’s pennant race; “The Fifties,” an examination of America during the Cold War; “The Next Century,” an analysis of global economic change; and “Playing for Keeps: Michael Jordan and the World He Made.”

“These are big books in every way,” the Washington Post said about Halberstam’s works in a July 1993 review of the “The Fifties.” “Fat best sellers fashioned from mountains of accumulated details, hearty slices of big-picture America.”