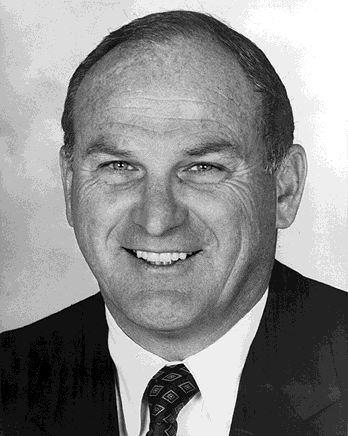 Argue, who divided his time between the business and nonprofit worlds, was a retired senior partner of the Los Angeles law firm of Argue Pearson Harbison & Myers.

“John Argue was an extraordinary individual whose dedication to the University of Southern California was limitless,” said President Steven B. Sample.

“He was a man of vision, courage and great energy, as well as a remarkable leader and community builder. Whether you’re talking about the university, the Olympics or the city of Los Angeles, John worked tirelessly to bring people together in order to get results. At USC, his contributions were enormous, and his love for the university inspired us all. We will miss him very much,” said Sample.

Argue is widely regarded as the person responsible for bringing the 1984 Olympic Games to Los Angeles. He was chairman of the committee to bring the Games back to the city in 2012.

The Los Angeles Area Chamber of Commerce honored his efforts by awarding him its Sparkplug Award in 1979, and in 1994, he was honored with the Olympic Order, the highest award given by the International Olympic Committee.

At USC, he paid his Trojan dues. There is hardly a major academic program or school at USC that hasn’t benefited from Argue’s involvement.

Argue was elected to the USC board of trustees in 1984, becoming chairman in 2000. He spearheaded the extension of USC’s record-breaking “Building on Excellence” campaign, which stands at more than $1.7 billion.

Argue called this “an obvious thing to do.”

“What’s the alternative? To quit? USC still has needs,” he said in an interview two years ago. “It can be an even better place. Besides, we have so much momentum.”

Argue earned his law degree from the USC Law School in 1956, after earning his undergraduate degree from Occidental College.

He was a partner for nearly three decades in the Los Angeles law firm of Argue Pearson Harbison & Myers, serving as senior partner from 1972 to 1989 and of counsel from 1990 to 1999. He retired from the firm, and from the practice of law, on December 31, 1999.

In 1998 The Los Angeles and San Francisco Daily Journals named Argue among the “Top 100 Most Influential Attorneys in California.” He was featured in the Los Angeles Business Journal’s “Best 50/100 Attorneys” list in 1995, 1996 and 1997.

Prior to forming Argue Pearson Harbison & Myers, he served from 1960 to 1972 (first as an associate, then as a partner) in the Los Angeles law firm of Flint & MacKay. From 1956 to 1958, following a tour of duty with the U.S. Army at its European headquarters in Heidelberg, Germany, he was a partner with his father in the firm of Argue & Argue.

Argue chaired the Rose Hills Foundation and served on a number of corporate and charitable boards.

He was the recipient of the USC Alumni Association’s Alumni Merit Award (1984); the Asa V. Call Achievement Award, the university’s highest alumni honor (1998); and the USC Skull and Dagger Society’s Arnold Eddy Award (1993). He was an honorary member of Salerni Collegium (Keck School of Medicine of USC) and Beta Gamma Sigma (USC Marshall School of Business).

Argue was a trustee emeritus of Pomona College and a trustee of Occidental College, from which he earned a bachelor’s degree in commerce and finance in 1953 and an honorary LLD degree in 1987.

Argue was the first alumnus elected chairman of the board of trustees in two decades, and his devotion to his alma mater has more than a little to do with his Trojan family history. His father, J. Clifford Argue, graduated from the USC Law School in 1930, and his children, Elizabeth Argue Pollon (M.A. ’91) and John M. Argue (’90), are both USC alumni. Argue’s sister, Emily Argue Moffatt (‘57), is also an alumna.

Argue is survived by his wife, Liz, of La Cañada-Flintridge, Calif.; his son, John M. Argue, and John’s wife, Julie, and their children, Jack and Dillan; his daughter, Betsy Pollon, and her husband, Joe, and their children Megan and Nathan Pollon; his sister, Emily Moffatt , of Pasadena; and nieces and nephews: Ty Moffatt, Cliff Moffatt, John Moffatt and Cathy Orlin.

The family will hold a private memorial service. In lieu of flowers, donations may be made to Argue’s favorite charities, the American Heart Association or the USC/Norris Cancer Center. In October, USC will host a public celebration of his life.

John C. Argue, Chairman of Board of Trustees, USC Benefactor, 70