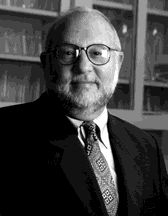 The Los Angeles Chapter of the American Diabetes Association (ADA) has honored the Keck School of Medicine’s Richard N. Bergman with its Man of Distinction Award for his lifetime achievement in diabetes research.

The ADA cited Bergman—who is chair of the Department of Physiology and Biophysics and the Keck Chair in Medicine—for his “soulful creativity, scientific genius, and commitment to nurturing originality,” as well as for his “independence in a quest for understanding the cause and treatment of diabetes.”

Bergman was honored at a dinner benefiting the ADA; the event was held at the Regent Beverly Wilshire Hotel on April 22. About 300 guests attended, and formal testimonials were followed by Bergman singing and playing guitar.

“Rich Bergman’s contributions to his field are not just numerous, but also extremely significant,” said Keck School Dean Stephen J. Ryan. “His work is already making a difference in the lives of people with diabetes, and will undoubtedly continue to do so. This honor is richly deserved.”

Among Bergman’s myriad accomplishments in the field of diabetes research is the development of the “minimal model,” a metabolic test that provides a scientific window into how the glucose-regulating hormone insulin functions in humans beings while at the same time allowing clinicians to predict which patients are at increased risk for the development of diabetes.

Bergman noted that although he finds biomedical research to be an intellectual challenge, he also sees it as “an altruistic undertaking.”

“We see the suffering of millions with chronic diseases, and we want to do what we can to ameliorate the great human cost,” he said. “If we can do anything to reduce that cost, we can be proud and thankful.”

Bergman said that he was “very moved” by being chosen the recipient of the Lifetime Achievement Award. “I feel I represent a population of highly dedicated and talented researchers who comprise the diabetes and obesity research community,” he said. “I think this award honors them as well as me. I also believe that my recognition applies to my many mentors, as well as all the fellows and students that passed through my laboratory and who have pushed back the knowledge barrier to understand diabetes even better.

“This is a moment of reflection for me,” Bergman continued, “but it is really only a momentary resting point in a career which has been fulfilling. I have much more to do.”