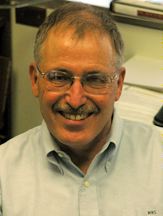 You can go home again. And when you get there, you just might find yourself in a position to do new and interesting things.

At least, that’s what Mikel Snow found out when he returned to the Keck School of Medicine last year after a nine-year absence. And it’s what he found out when he recently was offered—and accepted—the position of interim chair of the Department of Cell and Neurobiology.

Snow had previously spent 22 years on the Health Sciences Campus—from 1974 to 1996—doing research into skeletal muscles and satellite cells, which are elongated cells that sit right up against muscle fibers. “I was looking at how skeletal muscles respond to injury and disease, and how muscle regenerates,” he said. “I guess you can say I made my reputation with studies of satellite cells. I showed that injury and disease can trigger these cells to form new muscle fibers.”

In 1996, Snow was lured back to the Midwest, where he had grown up, to became the Associate Dean for Students and Admissions at the University of Wisconsin-Madison Medical School. Because of his administrative duties, he was unable to continue pursuing hands-on research at that time.

But now, back at USC, he’s starting to collaborate with other scientists, including Robert Wiswell, associate professor of biokinesiology and physical therapy, on what Snow calls a “consulting basis.”

Snow returned to the Keck School in 2003 as a visiting professor of cell and neurobiology and as director of the school’s gross anatomy course. He became an instrumental part of the new clinical educator program developed by Leslie Bernstein, professor of preventive medicine, “for faculty who have something to offer in the teaching area,” Snow said. “It’s a way of fulfilling the education mission of the Keck School.”

This is the perfect track for someone like Snow, someone who is “a superb teacher,” said Zach Hall, vice dean of the Keck School.

And so, when then-chair Cheryl Craft recently announced her intention to step down in order to return to full-time research pursuits, Snow was quickly tapped for the interim position, Hall said.

“We’re delighted to have Mikel Snow as interim chair of the Department of Cell and Neurobiology. He is an experienced academic and administrative leader who is superbly qualified to guide the department over the next few years,” Hall added. “Dr. Snow enjoys tremendous respect among the faculty and will do great work in this position. We’re delighted to have him back.”

Snow said: “I am excited about being back at USC. I have such loyal, positive feelings towards the medical school. It really did feel like a homecoming.”

Taking over as interim chair of the department feels similarly like coming home, said Snow.

“I have a lot of very fond feelings for all the colleagues with whom I’ve worked over the years,” he said. “These are talented, dedicated people, and I’m glad to be in a position to help them do what they do best.”

Year after return, Snow takes helm of Dept. of Cell and Neurobiology