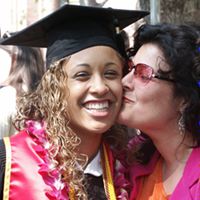 The day’s proceedings will begin at 8:30 a.m., with the traditional processional march from Bovard Auditorium into Alumni Memorial Park. Rabbi Susan Laemmle, dean of religious life, will deliver the invocation at 9 a.m.

President Steven B. Sample will then take the stage to confer 5,262 bachelor’s degrees, 4,165 master’s degrees and 785 doctorates. Those numbers include students who finished their degree programs last fall as well as those who will be completing coursework over the summer.

“USC is honored to have Sen. John McCain as our commencement speaker,” Sample said. “As a veteran, a statesman, a leader and an author, he has distinguished himself in his commitment to public service and to the importance that ethicality, respect for others and courage should have in our daily lives.”

Valedictorian David Chacko will address the crowd of family and friends, expected to exceed 30,000. Chacko is continuing a family tradition: His older brother, Jacob, delivered the valedictorian address in 2000.

At the ceremony’s conclusion, graduates and their guests will disperse to the satellite ceremonies of their respective schools.

A daylong open house at Widney Alumni House will allow newly minted graduates to learn more about staying connected to the university through the Alumni Association.

“It’s the finale for so many of the students. It’s their great hurrah, their great goodbye, and it’s a time of congratulations and celebrations,” he said. “It’s a wonderful day, an extraordinary day, and I look forward to it immensely.”

Events in the days leading up to the commencement ceremony invite family and friends to celebrate the accomplishments of their graduating Trojans.

On Wednesday, May 12, the Phi Beta Kappa Initiation Ceremony, honoring 111 members of the graduating class, will be held at 1:30 p.m. in the Bing Theater.

Proceedings on Thursday, May 14 kick off with the Graduate School Doctoral Hooding Ceremony in Bovard Auditorium at 9:30 a.m.

Following at 1 p.m. will be the fourth annual Senior and Graduate Recognition Awards Ceremony, also at Bovard. During the event, President Sample will honor this year’s 239 Renaissance Scholars and 10 Renaissance Scholar prizewinners.

Students’ academic accomplishments also will be lauded that day at the Wall of Scholars celebration to be held at the Leavey Library Weingart Reading Room at 3 p.m.

Created in 1994, the Wall of Scholars honors USC students who have been awarded either a national or international scholarship or fellowship or have received certain USC awards or scholarships. This year the names of 49 distinguished scholars will be added to the wall.

At 5 p.m., the Baccalaureate Ceremony takes place in Bovard Auditorium, followed by a sold-out Baccalaureate Dinner at 6:30 p.m. at Pardee Way.

Wrapping up the day’s festivities at 8 p.m. are the Chicano/Latino and Black Students ceremonies, at Howard Jones Field and Bovard Auditorium, respectively.

For a listing of satellite University Park and Health Sciences’ programs, go to: http://uscnews2.usc.edu/newstools/priority/detail.php?recordnum=10222.