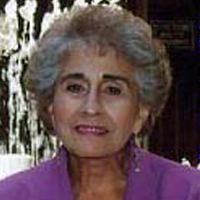 “Ruth was a very modern woman for her time, always very rigorous and active,” said James Birren, dean emeritus of USC’s Andrus Gerontology Center, who hired Weg in 1970 to train gerontology students. “It was impressive that she returned to pursue her doctorate degree after she had her family.”

An authority on older workers, Weg stressed the importance of adults remaining independent for as long as possible.

“It’s important to be very clear concerning the meaning of independence,” she said in 1990, her last year teaching at USC.

“If we mean having our locus of control and making our own decisions, then it’s certainly urgent for older persons to stay independent for as long as possible. Likewise, if independence means the chance to remain in charge of our own affairs, to retain our connections to other human beings and our participation in meaningful activities, then we should continue to aim for independence.

“But,” she said, stressing the importance of family and friends, “if independence means struggling to get through all of life’s chores and pleasures alone, then it’s not necessarily a goal in which so much energy should be invested.”

Weg’s association with USC covers more than three decades. From 1960 to 1970, she served as a research associate and lecturer in biology and physiology in the USC College of Letters, Arts & Sciences.

In 1970, she became an associate professor of gerontology, attaining a full professorship in 1984.

She served as associate director for training at USC’s Andrus Gerontology Center from 1968 to 1974, co-directing, and later directing, the center’s Summer Institute for Advanced Study in Gerontology from 1969 to 1974.

USC’s gerontology school was founded in 1975 with a gift from philanthropist Leonard Davis, co-founder of the American Association of Retired Persons. Weg was one of the school’s first full faculty members and a co-designer of its curriculum.

A native of New York City, Weg took pleasure in traveling, writing and spending time with family and friends.