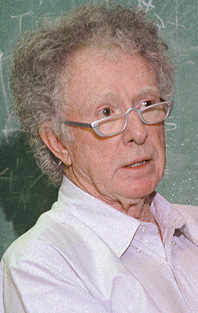 Pierre Koenig ’52, a former USC professor and a key figure in the Modernist architecture movement, died April 4 of leukemia. He was 78.

Much of Koenig’s reputation lies in his creations of Case Study House #21 and #22, two homes that were part of a plan to introduce Modernist architecture to suburbia. Set in the Hollywood Hills, the sleek, abstract compositions of the homes reflected the Cold War era’s faith in technological progress.

“Even though his houses evoke nostalgic feelings in us, I think Pierre was totally against romantic notions of the architecture of the past,” said Robert Timme, dean of the USC School of Architecture. “He wanted architecture to be of its time – expressive of natural forces and light.”

Koenig completed his first house while still a student at the USC School of Architecture and immediately went into private practice upon graduating. Other projects of his include the 1953 Lamel House in Glendale, Calif., the 1957 Burwash House in Tujunga, Calif., and the 1963 Iwata House in Monterey Park, Calif.

Koenig was a professor at USC for more than 40 years. He taught several design studios and was director of the Natural Forces Laboratory, which studied the art of building structures in harmony with their environment. He was also co-director of the Bachelor of Building Science program, a joint effort of the School of Architecture and the USC Viterbi School of Engineering.

“Pierre never taught a style,” said Timme. “It was much more about the forces that acted on the built environment.”

Lifetime Award from the Tau Sigma Delta Society of Architects and Landscape Architects.

He is survived by his wife, Gloria, his sons, Randall and Jean Pierre, and two stepsons, Barry and Thomas Kaufman.