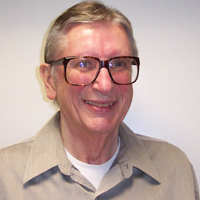 Before coming to USC, Kalaba was a mathematician at the RAND Corp.

Robert E. Kalaba, an applied mathematician associated with USC for almost half a century and internationally renowned for his analytical and computational solutions to problems in physics, engineering, operations analysis and biology, died Sept. 29, following a brief illness. He was 78.

“He was truly one of the founding fathers of BME here,” said Michael Khoo, professor and chair of the department of biomedical engineering. “Computational programs that he helped prepare are in use in coronary care units to aid in the optimization of drug regimens.”

Before coming to USC, Kalaba was a mathematician at the RAND Corp. from 1951 to 1969. He was a founding editor of Applied Mathematics and Computation and served as an editor on numerous other mathematical journals. He was also a consultant at Hughes Aircraft Co., Esso Production Research Corp., the Jet Propulsion Laboratory and the Service Bureau Corp.

Kalaba continued to work from his hospital room until a few days before his death and was the author of more than 600 research papers, 17 book chapters and 12 books. In addition to his prolific research, he was known as an excellent teacher who could simplify complex mathematical problems for students.

Born in Mount Vernon, N.Y., Kalaba earned his B.S. in 1948 and his Ph.D. in 1958 from New York University. He served as an electronics technician in the U.S. Navy at the end of World War II.

A resident of Pacific Palisades, Calif., he is survived by his wife, Wilma, two daughters and two sons.

Funeral services will be held at 2 p.m., Oct. 9, at the Corpus Christi Catholic Church in Pacific Palisades, followed by a reception at the Riviera Country Club.