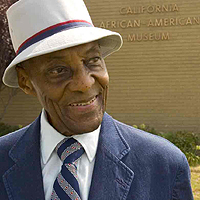 Dummett is dean emeritus of Meharry’s School of Dentistry. In 1947, at the age of 28, he became the youngest dental dean in the nation.

Presenting the degree were William Butler, dean of the School of Dentistry, and John E. Maupin Jr., president of Meharry. Dummett was awarded the doctorate for his exemplary 63-year career in dentistry.

An exhibit based upon Dummett’s historical writings, “The Future Is Now,” pays homage to African Americans in dentistry and runs through Nov. 27 at Exposition Park’s California African American Museum.

Dummett served as a special consultant during the creation of the exhibit.