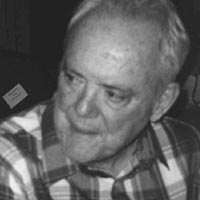 Edwards retired from USC in 1995. In 1998, he was honored with USC’s Distinguished Emeritus Award.

Psychologist Ward Edwards, a former faculty member in USC College’s department of psychology and the USC Viterbi School of Engineering’s Daniel J. Epstein department of industrial and systems engineering, died Feb. 1, after a long battle with Parkinson’s disease. He was 77.

Edwards was an internationally known authority on statistical decision analysis and behavioral decision research, a field he pioneered.

Edwards retired from USC in 1995, after a career that included teaching at Harvard, Johns Hopkins and the University of Michigan.

At USC, he served as director of the Social Science Research Institute from 1973 to 1995, and was a professor of psychology and of industrial and systems engineering. In 1998, Edwards was honored with USC’s Distinguished Emeritus Award.

Edwards’ early research aimed to better understand how people make decisions and to find ways to help people make wise ones. He used both experimental and modeling approaches.

In the mid-1950s, Edwards wrote several articles that were instrumental in establishing the field of behavioral decision research. This field is well known today through its applications in behavioral finance and behavioral economics.

Recently, the field garnered more attention with the award of the Nobel Prize in economics to one of its leading practitioners, Daniel Kahneman.

Increasingly interested in applying Bayesian statistical ideas to decision-making models, Edwards founded the Bayesian Research Conference in 1962 and led it for the next 40 years.

In the 1980s, he focused more of his research on the use of Bayesian and decision-analytic ideas in artificially intelligent systems and developed HAILFINDER, a computer-based system designed to predict severe weather in Colorado.

He was a recipient of the Franklin V. Taylor Award from the Society of Engineering Psychologists, the Frank P. Ramsey Medal from the Operation Research Society of America and the Distinguished Scientific Contribution Award in Applied Psychology from the American Psychological Association.

Edwards was a prolific author and contributor to professional journals. He wrote and co-wrote four books, including the seminal “Decision Analysis and Behavioral Research” (with Detlof von Winterfeldt).

In 1999, he was honored with a volume of tributes titled “Decision Science and Technology: Reflections on the Contributions of Ward Edwards.” He also served as president of his own company, Wise Decisions Inc.

Edwards earned a bachelor’s from Swarthmore College, and a master’s and doctorate from Harvard University.

He is survived by his wife, Sandra Edwards, of Studio City; a daughter, Tara Edwards Barber, of Ann Arbor, Mich.; a son, Page Edwards of San Francisco; a sister, Corinne Edwards Greenwald, of Arlington, Va.; and three grandchildren.

A private memorial service for family, friends and close colleagues will be held Sunday, Feb. 13 at the Edwards’ home.