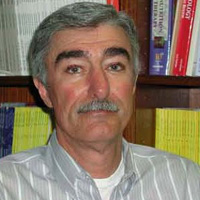 An internationally known scientist, Sevarian was among the first USC faculty members associated with the Institute for Toxicology.

Alex Sevanian, professor of molecular pharmacology and toxicology in the USC School of Pharmacy, died Feb. 17, following a long battle with cancer. He was 58.

For much of his career, Sevanian worked to identify specific mechanisms that are responsible for atherosclerosis, a condition in which the arteries thicken and narrow as fatty plaques accumulate along their inner walls.

Studies show that high blood cholesterol � specifically a high level of low-density lipoproteins (LDL) � can put an individual at risk for atherosclerosis.

A sizable portion of Sevanian’s research focused on the role that lipid peroxidation, oxidative stress and modified lipoproteins play in the progression of cardiovascular disease, which he hoped would lead to discovery of therapeutic interventions.

Along with his colleagues in the USC Atherosclerosis Research Unit (ARU), he identified a modified low-density lipoprotein (LDL) that contributes to atherosclerosis in humans.

“Alex was a major intellectual force linking free radical biology and mechanisms with atherosclerosis,” said Howard Hodis, director of the ARU and the Harry J. Bauer and Dorothy Bauer Rawlins Professor of Cardiology in the Keck School of Medicine of USC.

“I pursued my basic science research interests in atherosclerosis under Dr. Sevanian’s tutelage,” Hodis said. “This led to a highly successful collaboration in both basic and clinical research that spanned more than 15 years.”

Sevanian and Hodis synergized each other’s scientific interests as they moved basic hypotheses from the laboratory to clinical trials, including the study of vitamin E and soy isoflavones as potential anti-atherosclerosis agents.

“Alex was one of the most altruistic, patient and caring individuals that you could imagine,” Hodis said. “He had an insatiable appetite for knowledge, an unparalleled enthusiasm for life and an unwavering dedication to education. Alex was incredibly well liked, and along with many, I will deeply miss him.”

Sevanian earned his bachelor’s degree in biology from California State University, Northridge and his master’s degree and Ph.D. from UCLA. While at UCLA, he received postdoctoral training under James Mead and worked as an assistant research biochemist in the Laboratory of Nuclear Medicine and Radiation Biology.

In 1981, Sevanian began his career at the USC School of Pharmacy.

A well-published and internationally known scientist, he was among the first USC faculty members associated with the Institute for Toxicology, which specialized in research related to free radicals and oxidative stress. The institute merged into the department of molecular pharmacology and toxicology when the School of Pharmacy formed departments in the early 1990s.

“Alex and I joined USC at almost the same time,” said Dean Timothy Chan of the USC School of Pharmacy. “He was a dear friend and colleague, and I always jumped at the chance to collaborate with him on a project. In his passing, the School of Pharmacy and the greater scientific community has lost a great mind.”

Sevanian was a founding member of the Oxygen Society, which was established in 1988, and he served as councilor, secretary general and treasurer of the International Society for Free Radical Research.

Sevanian is survived by his two children, David, 28, and Andrew, 21; his parents Nina and Ara Sevanian; his sister Deanna Gromfin; his former wife Diana Sevanian; and his special companion Laura Cerrano.