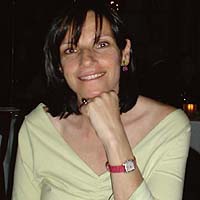 In her new role, Eichenthal will manage production of its arts features and specials, and develop a one-hour radio series devoted to the Southern California arts scene.

Most recently, Eichenthal was a staff anchor and reporter at KNX 1070 Newsradio, covering breaking news as well as arts and entertainment. Since 1978, she has been known nationally as the host and producer of the Los Angeles Philharmonic radio broadcasts produced by Classical KUSC and heard throughout America on public radio.

“We’re delighted to welcome Gail back to Classical KUSC,” said Eric DeWeese, the station’s general manager. “We know that her experience and expertise not only in classical music, but also in Southern California’s arts and culture will help to increase and enrich our growing relationships with arts organizations and our community.”

The winner of numerous industry awards � including 13 Golden Mikes and two National Headliner Awards � Eichenthal began her broadcast career in 1976 as an intern for Abram Chasins at Classical KUSC and was hired as an announcer, producer and musical programmer the following year.

She earned Classical KUSC awards for feature documentaries and hosted critically acclaimed arts programs on local televisions stations such as KCET, KCOP and KTLA. Eichenthal also has written articles for the Los Angeles Times Magazine, the L.A. Times Calendar section and Symphony Magazine. She also has performed as a narrator with orchestras, including the Los Angeles Philharmonic.

“I’m thrilled and honored to be rejoining the ranks of the fantastically talented people who work at Classical KUSC. Many of them are friends and former colleagues.”

Eichenthal earned a B.A. in music performance and English from UCLA.