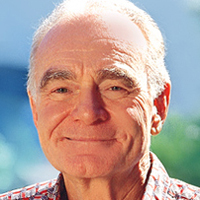 William J. Schoen is chairman of the board of Health Management Associates, a Florida-based corporation.

Schoen credits the military, hard work and his education for a highly successful business career.

The gift augments the Schoen Family Scholarship Fund Program for Veterans, a scholarship fund established by Schoen in 1986 for honorably discharged veterans who want to attend college.

Since then, more than 60 military veterans have received aid from the Schoen Family Scholarship Fund.

Schoen is chairman of the board of Health Management Associates, a Florida-based corporation that owns and operates hospitals primarily in the southeastern and southwestern United States.

Prior to his retirement, Schoen was HMA’s president, chief executive officer and chairman.

Previously, he served as chairman of Commerce National Bank in Naples, Fla. He also held other executive positions, including chief executive officer of the F&M Schaefer Corp., president of the Pierce Glass subsidiary of Indian Head, Inc., vice president of sales and marketing for Obear-Nester Glass Co. and marketing manager for Anchor Hocking Glass Company.

Schoen grew up in Arcadia, Calif., where his father sold produce. He sold flower seeds from a wagon when he was eight years old and newspapers at the local race track when he was 13. He dropped out of high school and started a scrap metal business.

“My background was basically work,” Schoen said in a 1997 magazine interview.

From 1953 to 1956, he served in the U.S. Marines in Korea. His boot camp experience spurred him to finish his education.

“The officers lived in good quarters, and I lived in a big barracks. They did not have to walk guard duty at 3 o’clock in the morning, and I did,” he told the interviewer. “Yet nothing really differentiated me from them other than our education level. That was when I really understood the effect an education could have on a person’s life.”

He was the 1995 Marshall Undergraduate Commencement Speaker and the 1996 recipient of the Marshall Alumni Award for Business Excellence.