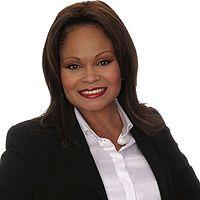 Howroyd, the founder and CEO of ACT-I Personnel Service, recently gave a $10 million gift to support undergraduate education in the college.

The event recognized recipients of scholarships or fellowships in fields ranging from art history and kinesiology to political science and linguistics. It also offered an opportunity for the scholarship recipients to meet with the supporters who have created these funds.

This year’s keynote speaker was Janice Bryant Howroyd, the founder and CEO of ACT-I Personnel Service who recently gave a $10 million gift to support undergraduate education in the college.

Dean Joseph Aoun welcomed the students and donors in an address that highlighted the importance of scholarships. “The opportunity for discovery and achievement within the college are endless,” he said, “when students have the financial resources and encouragement to reach their full potential.”

Devin Stambler, a senior majoring in English with a concentration in creative writing, said he was thrilled when he was accepted into USC, but knew he couldn’t enroll without a scholarship.

As he delivered this year’s undergraduate student address, he mentioned the significance of his two awards: a Half-Century Trojan Scholarship and the Sylas and Rose Marx Meyer Scholarship.

“More than just money,” Stambler said, “these scholarships gave me encouragement and hope.”

On behalf of the Southern California Gas Co. and San Diego Gas & Electric, Janet Yee presented the first and second-place winners of the provost’s university-wide Undergraduate Symposium for Scholarly and Creative Work awards.

Each winner received an Academic Energy Award medallion to wear during commencement.

Howroyd, a member of the USC College board of councilors, discussed her own personal and professional success and how it taught her to give back.

“People ask me why a black girl from North Carolina would give her money to USC,” she said, meandering through the dining tables as she addressed students and donors. “But why would I not want to support an institution that teaches all possibilities in life?”

Howroyd spoke of her long-standing commitment to always be true to the community of Los Angeles. “I can’t see a better way to fulfill this than my commitment to USC,” she said.

She also pointed out her bright yellow suit that she wore with a USC tank top underneath. “I’m going to be a light for somebody,” she said. “That’s why I’m not afraid to wear this Trojan Gold up here.” She then led the crowd to sing “This Little Light,” calling for the Half-Century Trojans and other alumni to join her.

“It is an honor for me to be in the middle of this,” Howroyd said. “USC is educating a world, and it sews a thread in each of us. We are a circle: the students getting an education, the folks giving the education and the world that USC is creating.”