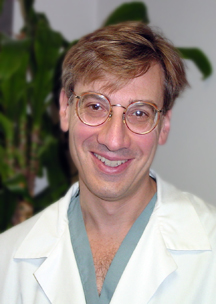 What does matter to the Keck School of Medicine associate professor of cardiothoracic surgery is that his surgical residents and fellows learn, contribute to the field and go on to accomplish great things.

After all, Barr’s mentor did the same for him—and for so many more.

Barr is committed to the future of academic surgery and advances in organ transplantation and mechanical device replacement therapy. In recognition of his leadership, the International Society for Heart and Lung Transplantation inaugurated him as its president at its annual meeting in April.

In accepting the position, Barr gives credit to his mentor, the late Keith Reemtsma, a pioneering transplant surgeon and former chair of the Columbia University College of Physicians and Surgeons’ surgery department, who died in 2000. Reemtsma and about a dozen fellow surgeons created the International Society of Heart and Lung Transplantation in 1981.

In a way, Barr is simply carrying on Reemtsma’s work: Leaving a legacy of young surgeon-scientists who love academic medicine and care deeply about the human condition.

Barr was once one of those fledgling trainees himself, and still enthuses about the dramatic evolution of medical knowledge he witnessed firsthand.

“I was lucky enough to be at Columbia during the infancy of heart transplantation and the birth of mechanical hearts and lung transplants,” Barr remembered. “During this time, heart transplants went from having dismal outcomes to good ones.”

Key to these advances was Reemtsma’s findings that immunosuppressive medications prolonged the survival of the experimental heart transplants, a scientific advance that complemented the surgical advances made by Reemtsma’s contemporary, transplantation pioneer Norman Shumway.

And while chair of the University of Utah’s Department of Surgery, Reemtsma assembled the team that ultimately produced the first artificial heart. He was the first to show that a mechanical device could help patients bridge the gap to heart transplantation. He also is considered the father of xenotransplantation, the transplantation of organs across species.

Into this flurry of advances stepped Barr, a surgical resident. “I remember he called me into his office and said, `What are you doing with the rest of your life?’ I was hooked,” he said. “He knew all of us by name; his surrogate kids were his residents and trainees.”

Today, Barr’s research interests include immunobiology, heart and lung transplantation and mechanical hearts. He works on the team led by Vaughn Starnes, Hastings Professor, Distinguished Professor and chair of cardiothoracic surgery at the Keck School.

Barr also is associate editor for the American Journal of Transplantation. He serves as chair of several prominent committees and sits on several National Institutes of Health and Food and Drug Administration advisory boards.

Barr has maintained an active basic and translational laboratory at CHLA for more than 10 years, working with post-doctoral residents on the science behind transplantation and organ rejection.

His clinical research has made news and advanced the quality of care for patients, too. In 1998, Barr and his colleagues published an article in the New England Journal of Medicine showing that adding photopheresis, a novel immunomodulatory therapy, to standard anti-rejection therapy reduced the number of serious organ rejections, without increasing rates of infection.

The academic side never gets old for Barr. “I still get a thrill, even years later, when we publish,” he said. “I love seeing the galleys when they come in.”

Among many clinical advances, he noted, the Keck School’s Department of Cardiothoracic Surgery developed the only program in Los Angeles County that sends patients home with left-ventricular assist devices instead of requiring patients to stay in a hospital while they await a donor heart. Living-donor lobar lung transplantation also started at USC University Hospital and CHLA.

The work is all part of Barr’s principles, the ones passed on from Reemtsma: Take care of patients, do good research and teach future physicians. “And if you’re lucky, add: devote yourself to your family,” he said.

Reemtsma served in the Korean War at a time when cardiothoracic surgery was still primitive, and as a battlefield surgeon. He was the model for the beloved character Hawkeye in the movie and television series “M*A*S*H.” Despite difficult wartime experiences, he had a passion for healing, a zest for life and a mission to create a surgical legacy that Barr cannot help but try to continue.

“You’re alive as long as people remember you,” Barr said. “If the residents could think of me in even a fraction of the way I think of Keith, that would be great.”