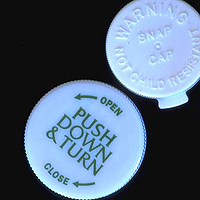 The first breakthrough came when they began to recognize the potential uses of transferrin, a plasma protein found in blood.

Transferrin, a plasma protein found in blood, can be fused with large, protein-based drugs to create a new oral compound capable of crossing over into the bloodstream to be used by the body, according to research by the USC School of Pharmacy.

This technology may allow for oral administration of drugs that previously could only be given by injection, said Wei-Chiang Shen professor and acting chair of the department of pharmaceutical sciences.

Shen, along with colleagues David Ann, professor of molecular pharmacology and toxicology, and Yun Bai, doctoral student in the department of pharmaceutical sciences, wrote a paper on the research for a recent issue of the Proceedings of the National Academy of Sciences.

“Many of today’s oral medications are made from small molecules, like amino acids or lipids, and their permeability allows them to be absorbed from the intestine into the body,” Shen said.

“On the other hand, protein-based drugs are large and bulky, which can prevent them from crossing the intestine and gaining access to the sites where they are needed,” Shen added. “They are also very sensitive to digestive enzymes and may be destroyed by stomach acid before they can be absorbed.”

To sidestep the difficulty of getting these large protein drugs through the gastrointestinal tract intact, pharmaceutical scientists have looked at other ways to deliver protein-based drugs � such as via needle-free injections or through inhalation. But these delivery methods posed significant challenges.

Ultimately, Shen and colleagues began to reconsider the possibilities of oral drug administration.

The first breakthrough came when they began to recognize the potential uses of transferrin.

“We discovered that transferrin can bind to receptors on the intestinal epithelial cells and be transported across the GI tract to the blood stream,” Shen said. “Humans naturally produce transferrin to move iron through the blood to the liver, spleen and bone marrow. It has been used to carry some protein-based drugs in a piggy-back fashion to their necessary site of action.”

The next step, Shen said, was isolating the genetic code for G-CSF, a protein factor that stimulates white blood cell production in the body.

G-CSF is used to make Neupogen� and Neulasta� � injectable drugs that work to keep an individual’s white blood cell count at normal levels during chemotherapy.

After that, the researchers needed to bring transferrin and G-CSF together, a process detailed in the PNAS paper.

Recombinant DNA technology utilizes a series of procedures to join (recombine) segments of two or more different DNA molecules. When put into cell culture, a recombinant DNA molecule multiplies itself to form a colony of daughter cells that secretes the desired protein. These cells become “factories” for the production of the protein coded for by the inserted DNA.

As it turned out, this was the case as well for the transferrin/G-CSF combination.

“Our recombinant fusion protein was administered orally, and when tested in mice, increased the white blood cell count for three days, whereas the injectable agents only maintain effectiveness for one day,” Shen said. “We have finally produced an orally-administered protein with a desirable therapeutic activity. This technique can be used to create orally-administered versions of other currently injectable protein drugs such as insulin, growth hormone and erythropoietin, a medication to increase red blood cell counts.”

“Since recombinant therapeutics utilize human proteins, they do not induce an unwanted immune response like products created from non-human sources often do,” he said.

On behalf of Shen and his collaborators, USC holds the patent to the new recombinant fusion protein technology. The research was supported by grants from the National Institutes of Health.

Paving the Way for Oral Delivery of Drugs